I bless the reins down on .africa ... Dot-word injunction hits ICANN 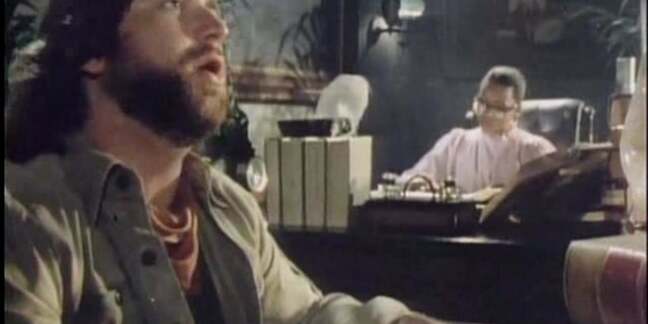 DNS overseer ICANN has been hit with a preliminary injunction ordering it to halt the delegation of the .africa internet space for a second time.

The judgment [PDF] by the Central District Court of California slams the nonprofit organization for running a sham process over the top-level domain in an effort to hand it to its preferred bidder.

Combined with previous revelations in the .africa case – where ICANN's staff were shown to have unduly influenced the process, covered up the fact and then denied having done so – the decision represents yet another mark against the nonprofit which hopes to take over the task of allocating all internet names and numbers from the US government later this year.

The lawsuit in ICANN's hometown of Los Angeles was brought by DotConnectAfrica (DCA). DCA won a previous review against ICANN's decision to reject its bid in which the panel found the organization's board has broken their own bylaws.

That panel ordered ICANN to continue evaluating DCA's bid for exclusive rights to domain names under the names "Africa."

However, ICANN paid lip service to the decision and DCA argues that subsequent evaluation was little more than a sham – and the court agrees.

The evidence suggests that ICANN intended to deny DCA's application based on pretext. Defendants have not introduced any controverting facts.

The court also rejected ICANN's claims that DCA is not entitled to sue it because it made DCA sign a contract before it applied for .africa that said it was not allowed to sue ICANN in a court of law.

And the court rejected ICANN's argument that the previous panel's decision against it was not binding.

In granting the preliminary injunction, the court said it had "serious questions in DCA's favor as to whether DCA's application should have proceeded to the delegation stage."

The decision doesn't mean that DCA will ultimately win the rights to .africa, but it does mean that ICANN will have to go to court to explain its actions. Among those actions are ICANN's efforts – twice – to delegate the .africa top-level domain while it was in the middle of a dispute over the name, in an apparent effort to undermine the case.

The court decided the second delegation attempt would cause DCA to "likely suffer irreparable harm" and so it ordered the process stopped.

Executive director of DCA Sophia Bekele told The Register that the injunction is a "vindication" of its long-held complaints against ICANN (it started back in 2013).

"The Court has recognized the canons of fairness and transparency is to the benefit of Africa," she told The Register before quoting Martin Luther King's observation that "the arc of the moral universe is long, but it bends towards justice." ®