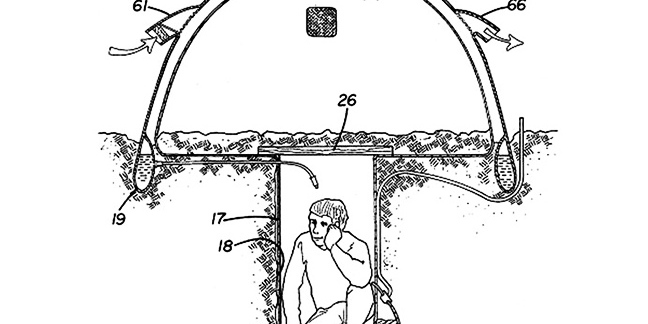 Making the terms on which patents are licensed available for public scrutiny could help businesses, courts and regulators determine if the terms of other patent agreements are fair, reasonable and non-discriminatory (FRAND), an expert in valuing intellectual property (IP) has said.

Dr Roya Ghafele, director of Oxfirst, told Out-Law.com that a database of patent licensing agreements would be a useful resource for patent holders and patent licensees alike to refer to to determine whether their licensing rates are appropriate.

Ghafele said that in the property market buyers have easy access to data on the price of nearby properties and can use that information to compare whether the house they wish to buy is being marketed at too high a price.

She said, though, that there is no such "transparent discovery of prices" in the world of IP, meaning that businesses can often have "no idea what level patents are being traded at". The lack of "comparables" at their disposal means there can be uncertainty over whether patent licence rates are cheap or expensive, she said.

Making data from other patent licensing agreements accessible would help resolve this, although the unique nature of inventions means that "different market methodologies would need to be applied to the data" to ensure an appropriate valuation of the IP.

Ghafele said: "A database is a good way to get things started. Ultimately, though, whether licence terms are FRAND would need to be decided on a case-by-case basis." She said a "valuation exercise" would be needed to inform views about each individual patent licence.

"The database can give you some more data points – economists struggle with doing economic models if they do not have the data," Ghafele said. "But there is more than just the data. There is a need to understand how the market and competition is behaving and how the market will evolve in future."

Ghafele was a member of an expert group which the European Commission tasked with reviewing valuation methods for IP and their use. In the group's report (104-page / 1.94MB PDF) published in 2013 it recommended that an anonymised database be created for recording the terms of intellectual property licences. The database could help courts "establish the value" of a fictitious licence fee for an IP right (IPR) in cases where claims for damages for infringement have been raised.

"The comparable royalties approach is often regarded as the best approach to establishing a suitable royalty rate," the report said. "Negotiations between willing licensors and willing licensees, in like circumstances, will, at least in theory, provide the best available information about the level of an appropriate royalty for the IP in question."

"In practice, however, it may not be possible to identify perfect comparables. In this case, it may be necessary to adjust the comparables available to reflect important differences, taking into consideration factors such as the IP being licensed, specific rights of use granted to the licensee, specific terms of the license, etc. In practice, with the exception of experienced IP valuation professionals who often have access to their own databases of licence agreements, it can be challenging to identify even imperfect comparables for many IP assets," it said.

Whether the terms of patent licensing agreements set by standards-essential patent (SEP) holders are FRAND is a question courts in the EU look at when determining whether action against infringers of those patents is legitimate or a potential breach of competition laws.

In July last year, the Court of Justice of the EU (CJEU) ruled that SEP owners could be held to be abusing a dominant market position, in breach of competition laws, by seeking an injunction against an alleged infringer of their SEPs if those alleged infringers are willing to enter into a licensing agreement for use of the patents on FRAND terms. The judgment came in a case involving technology businesses Huawei and ZTE.

A SEP is a "patent essential to a standard": it is impossible for competitors to make products that comply with that standard without using the patented technology. To join standard-setting initiatives, businesses generally offer undertakings to standard-setting organisations that they will licence use of the SEPs that emerge from their work on the new standards to third parties on FRAND terms.

However, sometimes disputes break out between SEP owners and companies looking to use their patented technology about whether licensing terms are FRAND. In some cases, SEP owners apply to courts for injunctions to prohibit companies that do not sign up to their licensing terms from selling products that incorporate their SEPs.