Microsoft explains which cloud security problems are your problem

And reveals that for really bad problems, Microsoft will break Azure to fix it

The basic tenets of Redmond's approach are:

Microsoft's also released a new white paper titled Microsoft Azure Security Response in the Cloud (PDF) that explains how the company responds when its cloud has a problem.

The rest of the document is a bit less revealing, although the section on mitigation actions does say that Redmond's effort to fix Azure “may result in a temporary outage.”

“Such decisions are not taken lightly,” the document says. “When such an aggressive mitigation occurs, the standard processes for notifying customers of outages and recovery timelines would apply.”

The rest of Redmond's response process is below, in a diagram and table from the document. ® 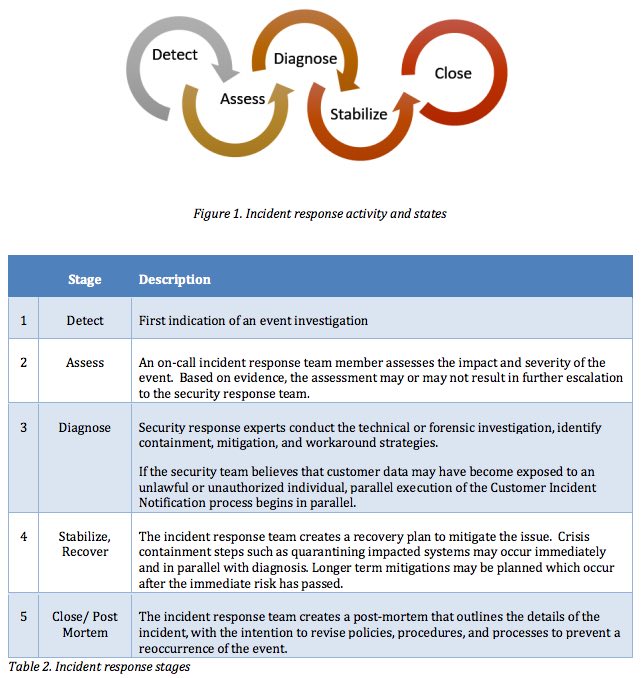