It's for the greater good 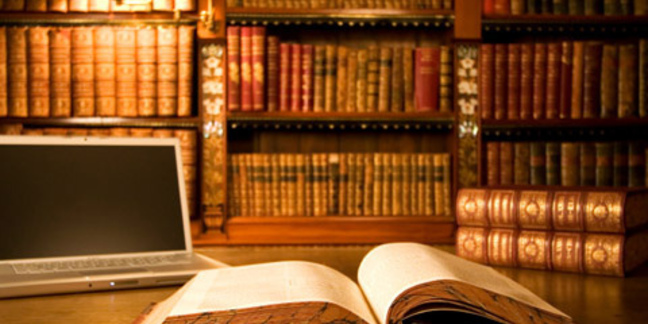 American authors have failed to persuade the US Supreme Court to hear issues raised by the Google book-scanning case.

The decision means a controversial lower court ruling – which defines the reuse of copyright material without permission – is likely to stand. Google didn't ask for authors' or publishers' permission when it began scanning and uploading pages in 2004. It has subsequently put digital copies of 25 million books online. Instead, Google advanced the "Greater Good" argument, claiming that the ends (more information in public) justified the means – and the US second circuit appeals court agreed.

Authors are disturbed by the expansion of the "transformation" doctrine – the legal defense used to support taking-without-permission so that liability isn't incurred, which falls under fair use. The doctrine has broadened so much that the copy doesn't need to be transformed at all, the writers argue, it's a straight copy from one medium to another. The justification is that Google Books is a search tool, not a direct replacement for visiting a library.

"Courts have been forced into this position because the Supreme Court has only given the lower courts one tool in the toolbox, and that tool is the transformative use test. It's the typical 'square peg in a round hole' problem," argues the Copyright Alliance's Keith Kupferschmid.

"Courts need another tool in the toolbox – give them a new test – one that more effectively addresses the competing interests of the parties and the goals underlying the Copyright Act."

Clarification was needed because the case law "doctrine" is fundamentally at odds with the statute, experts argued. The judge-made expansion of transformation has "swallowed" the statutory rule. "A huge multinational corporation can make, for its own profit, unauthorized uses of works that you created by making risky, long-term investments of your own human and financial capital," writes Tom Sydnor.

Microsoft withdrew from backing a rival book scanning project, the Open Content Alliance, in 2008, thereby handing Google a monopoly. And it's far from the dream of universally accessible knowledge: only tantalizing snippets remain available, with huge gaps in between, and the project is rife with errors.

Some of which are inadvertently hilarious. Did you know Sigmund Freud was a Mozilla user? Or that Victorian illustrator Aubrey Beardsley was a huge fan of Jimi Hendrix? 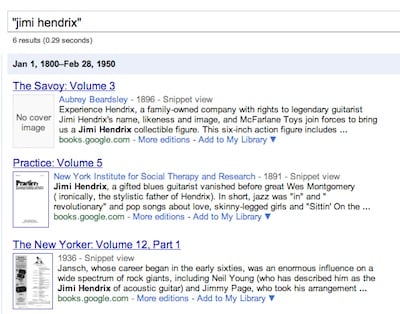 Supporters of the Google Books project have argued that getting a few snippets, badly catalogued, is better than nothing. It hasn't destroyed the library or the market for old books.

"Books that are Out of Print – are a 'No-opoly'," Richard Sarnoff, the publisher who agreed to a settlement with Google back in 2008 said at the time. "They're inaccessible except to those within physical reach of a particular library. This will create a market for those titles for the first time."

That was the court's argument too.

But is it the best the internet can do? Twelve years after it started, there is no competitive market for digitized books, which may have given far superior offerings to the public. The public opted for "crap but free at the point of delivery," and handed Google a monopoly that it's unlikely to want to improve. ®