And a million suffer credit card fraud in a PCI-D-MESS-MESS!

New data from the Australian Bureau of Statistics (ABS) asserts that tech support scams have become the most prevalent way to defraud the nation's residents, 113,000 of whom responded to such scams over a year.

The Bureau's data is derived from interviews conducted for its 2014-15 Multipurpose Household Survey, so the figure of 113,000 is an extrapolation, not a certainty and describes events in the year before the interviews were conducted. 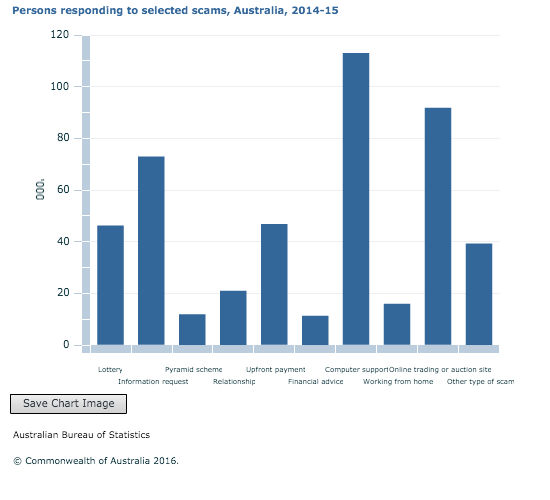 The new data on fraud and scams also reveals that one million Australians suffered payment card fraud in a year. Here's the ABS' summary of who's getting had:

Over half (53%) of persons who experienced card fraud discovered the fraud themselves. Of those who were informed by someone else (47% or 520,300), 462,300 were informed by a bank or financial institution, 42,000 by a credit card company, and 19,400 by police, consumer affairs/ombudsman or other agency. 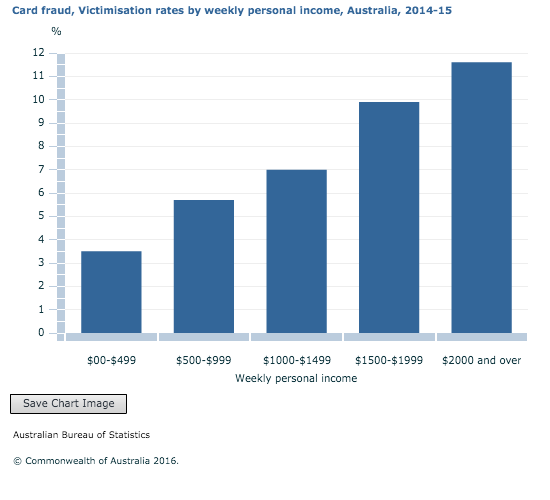 All that fraud adds up: the ABS says card fraud alone clocked up AU$2.1 billion during 2014-15. That's double the $1 billion counted in 2010-11. Which rather gets us wondering whether PCI-DSS is helping things at all.

But we digress: identity fraud's also covered in the release and the bad news is it's even more prevalent than tech support scams: 126,300 people have reportedly fallen victim.

The Bureau doesn't explain how the different frauds it records are perpetrated – that's beyond the scope of its study. But clearly the prevalence of tech support scams shows there are plenty of people being popped online, albeit after an initial approach by voice.