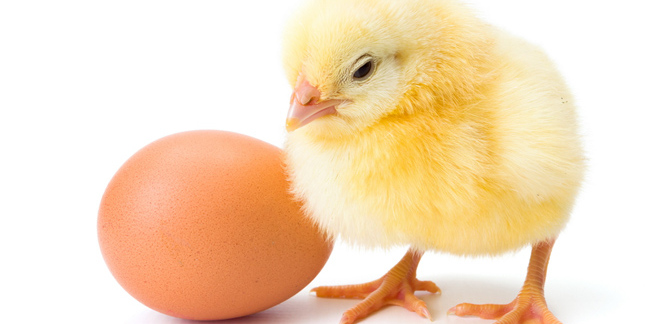 It’s often said that you can’t fight City Hall: the concentration of power and politics makes even the most open of political systems fight change tooth and nail. You have to work within the system, it’s said, or the system will fight you - and win.

That’s a story the system puts out about itself - far better for all concerned if people believe that you can’t challenge power successfully. It also allows the system to do as it pleases without any effective oversight. In the shadowy corners of power, deals get done that favour one group’s interests over the public’s.

Worse for democracy are those moments when the dirty deal is done in full light of day. Power, sticking its middle finger up at the powerless to stop it.

Just such a deal has recently been done in Australia, where the new definition of “free range" eggs allows up to 10,000 birds to the hectare. That's a lot more than international best practices that call for no more than 1,500 hens per hectare. Worse still, the new rules mean that egg producers can label their products “free range" if they have one bird a hectare, or 10,000. The new ruling therefore seems to do nothing but place an official seal of approval on some of the ugliest practices of industrial agriculture.

What do you do when power doesn’t even bother to clothe its naked ambition? That’s when the powerless point out that the emperor wears no clothes.

One of the paradoxical qualities of the knowledge culture that we’ve built for ourselves is that the truth is out there. The hard part isn’t uncovering the truth, it’s speaking that truth to power.

Or you can avoid that messy last step, and take your message directly to the people.

This state of affairs led consumer advocate Viveka Weiley to an interesting thought: what if we could give that information to consumers? What if, every time they went to buy eggs, consumers could make their choice based on just the best-practice information some egg producers sought to hide? You’d undo all the carefully laid plans of those ministers and their cronies in the agriculture and retail sector.

That thought made Weiley smile.

Ten weeks of rapid-fire development led to CluckAR, a mobile app helps you purchase free-range eggs that truly live up to the label. Open the app, point your camera at the carton, and CluckAR shows you how chook-friendly these eggs are, crowding the top of the carton with unhappy chooks if they’re far above the recommended density, or showing a few happy chooks if they’re within best-practice guidelines.

It’s simple, it’s clear - and it’s cute. You can imagine kids borrowing a parent’s smartphone as they head through the supermarket, insisting they only buy the cartons with the happy chickens.

CluckAR launched like a rocket, garnering a thousand scans of egg cartons in the first ten minutes of release. Consumers all over Australia have downloaded the app, using it to guide their buying decisions. At a steady 10,000 inquiries a day, that’s a lot of decisions, and a lot of dollars on the table.

CluckAR is the kind of app you really only need periodically - once you know a brand is chook-safe, it’s likely to stay chook-safe into the future. But that first use, that’s the one that breaks through the fog of power, and shows people the way things really are.

CluckAR is only possible in a country full of folks rich enough to afford smartphones and mobile broadband - oh wait, that’s nearly everyone in the world, or soon will be. CluckAR could work almost anywhere - and for almost anything you can imagine.

Weiley calls his little app ‘undermining regulatory capture’ - wherever you have an unholy fusion of politics and business, folks could use an app like CluckAR to pierce through the lies.

For the upcoming Australian Federal election, I hope someone codes up a version of CluckAR that allows voters to point their smartphones at a politician, seeing a detailed readout of every business that had donated to their last campaign. That way, when a politician mouths platitudes about business and industry and progress and commerce, voters would have some idea whose agenda they were really promoting.

We could call it PwnedAR.

Capita inks deal with NHS to 'bring back staff': Workers get an hour of training to recruit and vet retired doctors, nurses