Amongst all the jargon, forks must thrive 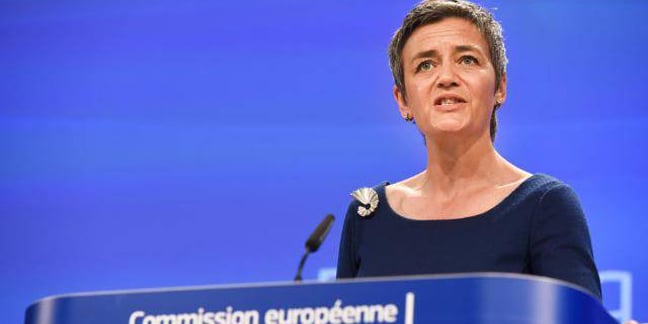 The EU's competition authority thinks it has a smoking gun against Google. Consumers suffered because Google’s contracts with phone OEMs prevented the market from creating a better Android, the EU Commission alleged today.

It has sent a formal Statement of Objections to Google that forces Google to come up with remedies or face penalties.

El Reg has followed the commission's investigation closely, exclusively revealing the areas of the probe.

The commission believes the contracts that phone makers sign with Google are anti-competitive, because they prevent the phone-makers from selling phones based on a fork of the platform, such as CyanogenMod. Google has not, it is said, been able to show that these conditions, specified in “Anti-Fragmentation Agreements”, are “objectively justified”.

Google tied its proprietary apps and its search so closely to Android that it maintained a tight control over the platform. This in turn foreclosed the market to competing apps and search engines.

Responding to the criticism that Europe is politically motivated to stifle Silicon Valley, Vestager said:

What we see is not only an effect on search and the dominance within search, it is even worse…restricting innovation in the wider space… If it is not possible [for innovators, why bother?

The smoking gun, the commission believes, comes in the form of financial incentives offered to licensees to pre-install Google Search and Chrome on their devices.

"The transition to the mobile internet has posed a threat to Google’s advertising revenues. Google has protected its revenues by imposing the display on phones of its apps and related services that collect data vital for targeting consumers. That deprives competitors of data they need to attract advertisers, leaving them unable to challenge Google's dominance," said industry group FairSearch in a statement.

Google Mobile Services: The "binary blob" that Google uses to control Android. It includes the Play Store and apps, and OEMs must pass a compatibility test to obtain GMS. Google has gradually moved value into the binary blob. Android "Lollipop" added 5,000 API calls to GMS.

Reg readers will know that the EU Commission became so frustrated with the omertà surrounding Google’s platform licensing, it had to threaten mobile makers with penalties if they didn’t disclose the information the investigators wanted.

“This won't go away, it doesn't have to make sense to anyone in Mountain View, and it will probably get painful,” Benedict Evans of Silicon Valley VC firm Andressen-Horowitz wrote this week. His firm has a stake in CyanogenMod.

If it sounds familiar, that’s because it is: it’s history repeating itself. In 2004 Microsoft was fined a record €497m for bundling Internet Explorer, Windows Media Player and other middleware with Windows, the largest fine the competition commission had ever imposed. It was also ordered to release a version of Windows without Media Player.

The previous EU competition commissioner, Spanish trade union economist Joaquin Almunia, was criticised for spending three years trying and failing to reach a backroom agreement with Google over search, his preference over issuing a formal Statement of Objections.

Vestager’s commission has been much more active and isn’t fazed by the size of its opponents, having taken action against Gazprom, Apple, the Hollywood movie industry, McDonalds and Starbucks.

“We look forward to working with the European Commission to demonstrate the careful way we’ve designed the Android model in a way that’s good for competition and for consumers,” Google told The Register. ®