Hortonworks CEO tells El Reg: 'Clearly there's a lot of work to do' 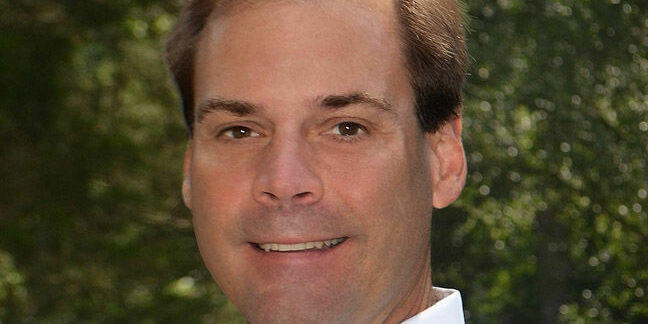 Interview Hortonworks CEO, Rob Bearden, told The Register that “clearly there's a lot of work to do” as the business attempts to stop burning cash by the end of 2016.

In an interview in The Marker hotel in Dublin, just across the River Liffey from where Hortonworks was hosting its EMEA Hadoop Summit, Bearden reaffirmed that the Santa Clara-based business planned to break even in cash-flow by the end of 2016 – at least in adjusted terms – and acknowledged it was hoping to shed as much of its professional services work as it could to help it do so.

“We've got a lot of work to do. Clearly there's a lot of work to do, but you know the thesis that we started the company on is absolutely played out, almost to the script.” Bearden claimed. “That thesis was that the data layer was gonna replatform, and that there is an inherent constraint built in with the transaction systems and the existing data platforms that had become very siloed.”

Hortonworks' thesis was that the the data under management, “sitting in those transaction systems, Oracle; DB2; SQL Server, the traditional relational environments, and then the traditional EDW and BI platforms,” as Bearden listed, was all old transactional data.

The future would be the “new paradigm data that was coming into the enterprise,” said Bearden. “Data about what the customers and supply chain were doing before a transaction ever happens. And so the point was, and our thesis was, that while the amount of transactional data was growing at about 25 to 50 per cent, the new paradigm data coming in was growing at about 100 to 1,000 per cent.”

Existing platforms meant that this data was infeasible, both architecturally and financially, to bring under management with the existing platforms, but a platform able to manage such data would allow enterprises to know “how to interact with their customers before they ever bought anything, and they could completely reshake the entire transaction, the scope of it, the value of it, the margin behind it, and the profitablity and efficiency behind it, if they had the data about the customers before they ever buy.”

“Bringing all the data together under a common platform would force the replatforming of the entire IT architecture for the next 20 years,” said Bearden, and Hortonworks bet on Hadoop becoming that next-generation data platform. It had, for Bearden, been "proven at scale by web companies. Twitter, Facebook, Yahoo!, Yelp,” although he acknowledged those use cases were batch and single data-set workloads.

This changed with YARN, according to Bearden: “YARN was the engine that shifted the architecture from batch single dataset to batch interactive real-time simultaneously on all datasets on a central platform.”

Yet despite this focus on YARN as the "prerequisite" for Enterprise Hadoop, Hortonworks still reported a net loss of $179.1m for the financial year, up from $177.36m in 2014. The sorest looking part of its returns showed that the $44.2m earned from professional services cost $41.46m to deliver.

Speaking to The Register earlier this year, Andy Leaver, VP for International Ops, had said Hortonworks was finding there was “a big pull for professional services right now,” and stated the company's challenge was “not necessarily to grow our own team massively, [but] to enable our partner community. So we're working closely with a lot of SI partners to bring them up to speed and train other people in the market place.”

Bearden laughed at the mention of the tight margin. “Spot on,” he told El Reg, “It's terrible.”

“Our model is designed to be 80 per cent subscription, meaning 80 per cent support. That carries a 90 per cent margin. 20 per cent of our model is built up of services, and that's split between training and consulting.” explained Bearden. “The margins on that are just horrible.”

Services could be operated as a successful business model, suggested Bearden, but he would rather others companies in the Hadoop “ecosystem” attempted it. “It's not where you get scale,” he offered in defence, with a gentle and not charmless southern twang.

“For every dollar in support, there tends to be four to five in services”, said Bearden, who generously said of the costlier side of the business that: “We want to be able to move those dollars to the ecosystem and let them [the businesses there] monetise – candidly, let them innovate – and develop an expansive relationship, and they know how to do that work very well.”

The model is designed to renew every year, and grow. It tends to be binary, they're not going to very much stay static. I don't mean to be crass, but big data, it's called big data for a reason. It keeps growing. The whole point is to add to it and get more context, and so it grows and the more it grows the more they want and need to expand their subscription with us.

A man selling shoe wardrobes can't be expected to discourage owning a lot of shoes, though that wasn't all Hortonworks wished to be known to offer as the company continues to focus on what it calls “enterprise services,” which Bearden defined: “That's the security, that's the data governance, that's the lifecycle management, that's the operations and management functions that bring petabytes of data for mission critical apps under management.”

“This is everybody from FINRA, the financial reporting institution that oversees the SEC, to all of the ghost agencies, right, to all of the massive collection that goes on with the CIA, the FBI, etcetera etcetera,” we were told, though no comment was forthcoming on whether Hortonworks itself provided support to the Hadoop-based bulk collection programmes run by the NSA and GCHQ.

Selling to the public sector

Public Sector/Fed, as Hortonworks calls its efforts to flog Hadoop to the state, is the company's “second fastest growing vertical,” the CEO did admit, adding that “it's exploding; the volume of data under management, it's just exploded because of the value they have to it,” he said, before digressing that “what's even more powerful than that is the financial services and the telcos, because the importance of managing mission-critical data at scale is what drives their business models.”

Hortonworks remains committed to its thesis that enterprises needed to re-platform to deal with data in motion. “Managing data in the data architecture is the core of the strategy for every CIO,” said Bearden, stating that the applications they were able deploy would be crucial to the kind of business-value they'd be able to create.”

“If they're gonna have an architectural shift, from the traditional siloed environments that have constrained them so bad to the next generation data platform, they want to see the validation of the company and the tech in the public market, and the transparency that brings with it,” the CEO stated, though noting that everything was dependent on the actual quality of Hortonworks support.

Bearden said: “Really what we've done is we've shifted the model back to a productive relationship with enterprise. If we're not driving value in the tech, if we're not delivering great support: Guess what? They're not going to renew.”

This would fatally undermine Hortonworks' model, with its strong emphasis on the increasing amounts customers are spending with the company. Many grumbles could be heard from Hortonworks customers at the Hadoop summit, but little can be inferred until the renewal rates are published alongside the company's Q1 financial report. ®

Attacks on distributed frameworks on the rise, it is claimed by infosec biz

IBM leads BigInsights for Hadoop out behind barn. Shots heard

When should I run backup, robot overlord? Autonomous Hadoop and NoSQL backup is now a thing