The ghost of Grove that drove CEO Krzanich 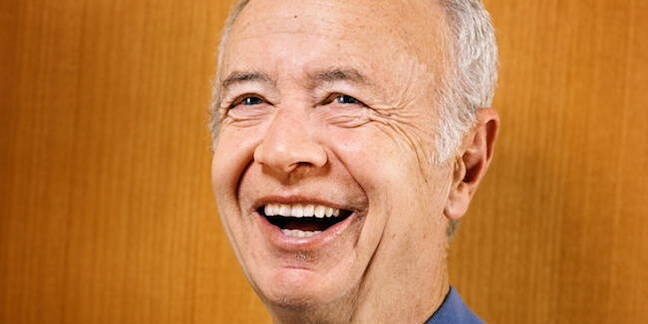 Only the Paranoid Survive, or so former Intel chief executive Andy Grove once wrote. And it seems that, faced with the demise of the PC market, Intel CEO Brian Krzanich has found his inner Andy Grove.

Grove, who died last month aged 79, left both an awesome business record and some great quotes behind him. While Intel co-founder Robert Noyce was credited by Jack Kilby as the honorary co-recipient of a Nobel Prize for the microprocessor technology, and fellow co-founder Gordon Moore pioneered the technology and articulated Moore’s Law, it was Grove, an escapee from the 1956 Hungarian revolution and the company’s first employee, who built Intel.

Grove never took success for granted. “How can you motivate yourself to continue to follow a leader when he appears to be going around in circles?” he asked. “Businesses fail either because they leave their customers or their customers leave them.” And, “In technology, whatever can be done will be done.”

It was Grove who turned Intel into the giant it is, or was. Or is. Intel started life in DRAM chips but, confronted by a wave of competition from Japanese makers in the 1970s, he switched Intel to microprocessors. During his tenure as CEO, 1987 to 1998, Intel moved from the 5MHz 8088 that powered the IBM PC to the Pentium II that introduced the Celeron and Xeon sub-brands Intel still uses today. x86 processors paved the way for mass-market Windows and Microsoft’s success and thence the mighty Wintel alliance that dominated computing of the late 1980s and 1990s PC explosion.

Not long into his tenure, in 1989, Grove greenlighted Intel’s largest chip plant outside the US homeland, in Leixlip, Ireland. It has spent $7bn on Leixlip. A wave of US tech firms have followed his lead to manufacturing in Ireland, although not all have remained (Dell 1991 – 2009), and some have headed to cheaper destinations.

Krzanich, CEO since 2013 and COO since 2012 under predecessor Paul Otellini, now seems to have awoken in the last month to something else Grove wrote, that “[t]he strategic inflection point is the time to wake up and listen.” What Krzanich is hearing is the collapse of the PC market.

By cutting about 12,000 jobs, 11 per cent of his workforce, and taking a $1.2bn charge against earnings this quarter, Krzanich is cauterizing the PC wound and moving on. Depending on whom you believe, IDC or Gartner, PC sales in the first quarter fell either 9.6 per cent or 11.5 per cent as consumers found no compelling reasons to upgrade. I personally found Windows 10 worked well on my five-year-old main machine, and after buying a $300, 900g (2-pound) netbook for the road last Christmas I’m good.

As Microsoft takes more of the client load onto its cloud, forced obsolescence is becoming a thing of the past, and low-end sales are disappearing. Krzanich said in a conference call that 2-in-1s (which also act as tablets) and game machines are still growing, and set-top boxes are a promising niche.

CFO Stacy Smith is walking the plank into sales for not anticipating the market shift. Newly-hired Murphy Renduchintala, late of Qualcomm, is re-evaluating the product roadmap. The change, in short, has just begun.

WWAD? What Would Andy Do?

“Mark Twain hit it on the head when he said ‘Put all your eggs in one basket and watch that basket'," Grove wrote. Intel is a chip company and Intel will remain a chip company. Krzanich is not listening to those who say Intel must separate its chip design business from its manufacturing plants, as nearly all competitors have done. He’s looking for new things chips might do.

Thus, the Internet of Things.

I first wrote about this in 2003, calling it “Always On” technology. Chips and motes, woven into common objects, turn wireless networks into a platform through which everything becomes computer-controlled. The sprinkler goes on when the grass is dry. The refrigerator knows when the yoghurt goes bad. You may never lose your keys and, more importantly, your doctor can know about your coming heart attack before you do, and send the ambulance automatically.

Already, this technology is making jet travel safer, it’s transforming the auto industry, and it is further automating manufacturing. The question, for Intel, is how this Internet of Things can become an Internet of Systems, and what kinds of user interfaces will allow people to make use of this capability in their daily lives.

“When a strategic inflection point sweeps through the industry, the more successful a participant was in the old industry structure, the more threatened it is by change and the more reluctant it is to adapt to it.” That’s Andy Grove again. Intel has already begun pounding the table for IoT in manufacturing, retail, buildings, transportation and other verticals, but so far it’s all marketing, a spreading of Fear, Uncertainty and Doubt rather than an actual delivery of solutions.

Everyone who makes things, from toasters to rocket launchers, expects to control those things itself, in a proprietary way. Herding these cats won’t be easy. It will take time. Is it about software, marketing, or diplomacy? No one knows. While Intel works to figure that out, it will be eating its seed corn, tossing what no longer works on the fire and working to maintain the 24 cent/share quarterly dividend, which now yields 3.2 per cent. It will be paying shareholders to stay with it as it struggles to go from the failing industry into the unknown, and clear the inflection point.

That’s a big ask. Intel shares lost 1.6 per cent of its value in overnight trading, and the game has barely begun. But at least, Krzanich can comfort himself with knowing, the game is at last afoot, and Intel is committed to it. ®