After four days of delays, the Sentinel-1B satellite has at last lifted off from French Guiana. 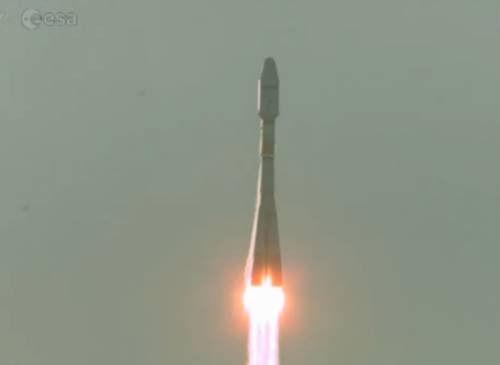 The satellite, along with a French space agency telescope and three student-designed CubeSats, blasted off from the Guiana Space Centre atop a Soyuz rocket at 2102 UTC (1402 PT) and has now reached its target altitude 704km (437mi) up.

Sentinel-1B will join its twin 1A, which was launched two years ago, and the two will photograph the entire planet's surface again and again to monitor for changes in the landscape and sea levels. ®