A perfect marriage: YOU and Ubuntu 16.04

Before I dive into what's new in Ubuntu 16.04, it's worth pausing to reflect on what's missing: Scopes online search, now off by default.

That means no more potentially socially awkward search results when all you really wanted was to open Brasero (speaking of which, Brasero is gone too). Scopes, introduced four years ago, were justified as making Ubuntu more of a web-friendly client – letting you find "anything anywhere," according to Ubuntu daddy Mark Shuttleworth.

Scopes worked through a Home Lens universal search feature built into the Unity Dash and could combine a search of local hard drive with results deemed relevant from Amazon.

Privacy concerns? There were some. Open source firebrand and Free Software Foundation president Richard Stallman branded it spyware. Even Ubuntu daddy Mark Shuttleworth was forced to step in to justify Scopes.

Now that's all history and Scopes is off by default, which is the end of Scopes: as Ubuntu 16.04 is a Long Term Support (LTS) release, Canonical will set the template of Ubuntu for the next five years.

As an LTS that also means v16.04 targets the more cautious among us, thanks to the fact that the underlying features are stable and supported plus Canonical provides a full five years of support.

Added plus: for those who stick with the LTS releases, this is an excellent release.

If you're making the leap from the last LTS version, 14.04, then this latest release will be the first time you encounter systemd. Ubuntu's own effort to build an init system was abandoned several releases ago in favor of what has quickly become the only option in Linux init systems - systemd.

The transition from Upstart to systemd is not as dramatic as moving from older init systems, but there are still a number of "gotchas" to be aware of. The Ubuntu wiki has a page to help Upstart users get up to speed with systemd. 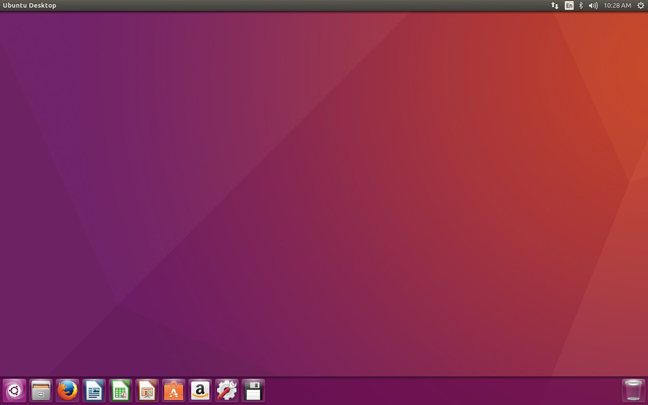 Ubuntu 16.04, now with launchers on the bottom

It's a small thing, but this release is the first to allow you to move the Unity launcher to the bottom of the screen. What makes it interesting isn't so much that you can move the launcher, but that most of the work appears to have come from the Ubuntu Kylin developers. The launcher on the bottom will be the default option for the official Chinese version of Ubuntu and it's definitely one of the most noticeable Unity features to come from outside Canonical.

Whatever the case, if you've always dreamed of moving the launcher to the bottom of the screen, the Ubuntu Kylin developers have you covered. To actually move it you'll need to install the dconf-editor, or use a third-party utility like Ubuntu Tweak.

Ubuntu 16.04 has finally managed to shed the Software Center, which has been little more than abandonware for some time now. Instead this release see Ubuntu adopting the GNOME Software app, which has been somewhat customized to fit into the Unity theme.

The move to the upstream software center also means that Ubuntu users now have the ability to apply firmware updates directly through the software center (provided the hardware manufacturer in question makes them available).

Functionally, GNOME Software is not much different from Ubuntu's homegrown app, though the user interface is simpler, cleaner and most importantly more reliable. That said, it feels a bit like the old Software Center has been forcibly shoved into GNOME Software.

The experience is fine for a 1.0 release, but there is clearly work to be done here. Hopefully this iteration of a software center app will not suffer the same fate as the last.

Perhaps far more significant than the updated software center is 16.04's support for installing Snap packages alongside traditional deb packages. To understand what Snap packages are and why you want them you first need to understand how packages work now.

A package is simply all the code you need to install an application, including, critically, a list of packages that the one you want to install depends on. Generally package managers like apt-get are pretty good at dealing with dependencies for you, but sometimes conflicts happen. You want to install something that depends on one version of another package, but another app wants a different version.

Snap packages eliminate this confusion by making packages self-contained and keeping them isolated. Snap packages include all the libraries and other packages they need, so there are no outside dependencies. Ubuntu has done some "duplication" work to make sure that if two Snap packages want to install the same library it isn't installed twice, so Snaps shouldn't take up any more space.

While the main draw of Snaps in, for example, server environments is the ability to pass self-contained environments from one machine to another, on the desktop there's an additional appeal - easier, safer updates of userland software. Which is to say you can have your LTS release and get your latest and greatest application updates too.

As there's no danger of pulling upgrades that mess up the rest of your system, you can always have the latest software without having to run the bleeding edge of the actual system software.

If that sound amazing, well, it is. Unfortunately it's not quite there yet. But the underlying support is in this release, the main thing missing are the actual snaps. You won't find, for example, a Snap version of GIMP just yet. But since Ubuntu has laid the groundwork for it, you might be able to install a Snap package of GIMP before you upgrade your LTS again. Mozilla, meanwhile, has announced there will be a Snap package version of Firefox for Ubuntu.

Another huge new feature is support for the ZFS file system. ZFS is known for its snapshot and backup capabilities, both of which would be handy on the server and desktop.

ZFS is the file and volume manager from the former Sun Microsystems’ Solaris Unix as released under a Sun licence to open source and which ultimately became OpenZFS.

The FSF’s chief claims Canonical is breaking the law by bundling ZFS with Ubuntu because ZFS remains under that old Sun licence – CDDLv1 – that is incompatible with GPL, which polices Linux. 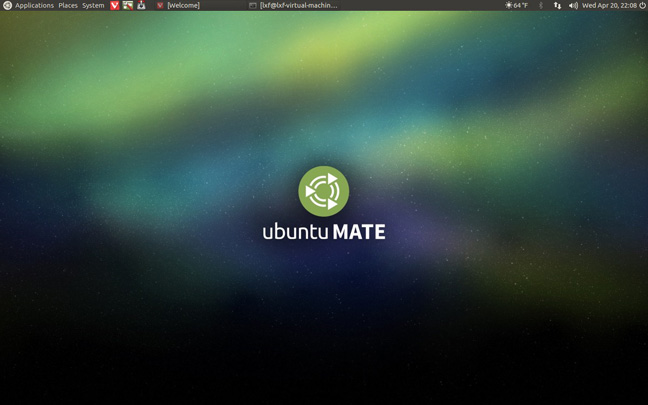 Canonical claims it has taken legal advice and that it is allowed to ship OpenZFS with its Linux.

What ever the legal rights and wrongs, Ubuntu's support is clearly aimed primarily at the server use case. ZFS is not an option within the installer. In fact you'll need to install the userland parts of ZFS yourself before you can format disks and get everything working. Still, if you're interested in trying Ubuntu atop ZFS, Canonical has a guide to using ZFS.

Other notable new features in this release include updates for all the usual slew of GNOME apps, though as noted above the disc-burning utility Brasero is no longer part of the default install, nor is the instant-messaging client Empathy (fear not, upgrading won't remove them, they're just not part of the install ISO any more). Also worth noting, Ubuntu finally ships with actual ffmpeg instead of the libav fork that replaced it for a few releases.

Along with Ubuntu's Unity desktop, the various Ubuntu flavours also have LTS releases available though not all of them offer five years support. The Ubuntu Mate flavour, based around the Mate desktop, has put together a particularly nice release that's well worth checking out if Unity is not to your liking.

Ubuntu 16.04 still doesn't have Unity, Mir or some of the other things Canonical has been working on for some time, but it is one of the best (if not the best) releases the distro has turned out in a long time.

LTS releases always have to find a balance between incorporating the best of what's new with the need to support those features and apps for five more years.

From the more privacy-friendly defaults to the under-the-hood support for ZFS and Snap packages, Ubuntu 16.04 is not just great today, but lays the foundations for what looks like a bright future. ®