Single market vs. rest of the world 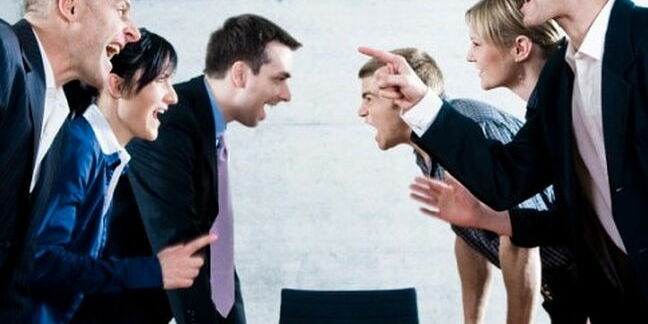 Britain’s membership of the EU has small tech firms divided. A survey of owner-managed businesses by accountant Moore Stephens found 60 per cent of SME owners would vote to stay in the EU with less than one-in-five (17 per cent) supporting Brexit.

Mark Lamb, a partner at the firm, said: “Owner-managed businesses are concerned that future growth will be disproportionally hit by a UK exit as they would no longer compete on a level playing field in the EU. There is a fear that leaving the EU could severely destabilise business growth in the long run.”

Those results are supported by the Engineering Employers Federation. Its survey suggests six out of 10 members of manufacturing organisation EEF want Britain to remain part of the EU.

Terry Scuoler, chief executive of EEF, said: “The majority of our members – of all sizes – are pragmatically pro-EU. There are no rose-tinted spectacles here – our members are fully aware of the pros and cons of EU membership and, on balance, have decided that the UK’s interests are best served by remaining.”

In deepest Herefordshire, the boss of PK Engineering, Stephen Cheetham, the prospect of leaving the EU has left him in a state of near panic. PK Engineering specialises in precision-made tools for use in science and industry.

Cheetham said: “It is extremely difficult to prepare for and it worries me witless. But our disaster plan is very clear: if all the kit is paid for, we hang on to it and we ditch everybody apart from the core.”

He says he believes a worst case scenario means he could “lose 25 per cent of his turnover”. He plans to tell his 91 employees in the next couple of weeks that a vote to leave could force him to lay off a quarter of staff.

He is not alone with his concerns. The AIM-listed digital media company Blur Group, which moved from London to Exeter two years ago, is also firmly in the Vote Remain camp.

Its chief executive, Philip Letts, said the company had a very mixed workforce, with half of its staff coming from the EU and the rest of the world. He said: “Half of our tech team can work with us in the UK because of the current EU free labour movement policy.

“Leaving the EU will without doubt have a cost impact on UK businesses in the short term, just at a time of increasing economic uncertainty when businesses need to be focusing on cost reduction. In the tech sector, the success of social mobility has been vital to the UK’s emergence as one of the leading Tech nations in the world.”

The worst fear for tech SMEs is that Brexit will cut off the flow of prized talent from eastern Europe. Michael Kent, founder of money-transfer firm Azimo, pointed out that three-quarters of his staff are foreign born. Exporting his services to Europe was a second, equally critical threat, he believes.

Kent said: “What people might not know is that nearly all of those [UK fintech] companies also depend on the ability and legal right to ‘passport’ those services to the rest of Europe. If we do leave the EU, it’s very likely that those rights will end and that will mean moving some, and in some cases all, operations to elsewhere in Europe.” That concern is also held by the city fathers of Reading and Bracknell, the heart of the M4 technology cluster.

They are fearful a sizeable number of American, Korean and Japanese software firms will join their SME counterparts in fintech London in search of a much better welcome – in Europe.

A tempting destination with full access to the EU is Ireland. In March last year, the 700th US firm opened an office in Ireland. The renowned multi-lingual capabilities of the Irish has long attracted US firms, including Apple, to the Republic.

Not all SMBs see staying in the EU as an economic necessity. Peter Chadha, CEO of London-based IT services firm DrPete on Sky News recently said. “We joined in the 1970s, which was a different time for the UK economy. Today we’re stronger and far more competitive on the world stage. 1985 was probably the peak of economic integration with EU.

“Since then, the commissioners have been busy building the EU super-state which doesn’t really take into account the needs of 28 member states which all have disparate economies.”

Chadha’s frustration is echoed by Emma Pullen, CEO of British Hovercraft Company. A recent order from Brazil for five of her craft collapsed after it emerged that some £42,000 in EU duty had to be added to the £50,000 purchase price, much to her consternation.

One complaint that experienced SMEs on both sides agree on is the fact the EU contains many brazenly closed markets, out of bounds for outsiders such as British exporters. For example, few British firms have been able to penetrate, for example, France’s engineering market, which is still 95 per cent in French hands.

A full third of the electorate is still undecided on the referendum – an outcome which will be decided by fewer than 100,000 people. The one certainty about the referendum is that it has opened up divisions in British business at all levels that are unlikely to be healed for a very long time. ®

Muralwatch A collaborator worthy of London's finest entrepreneurs. Wait, what?