I remember reading that quote on a motivational poster somewhere or other many years ago. I have carried it with me uncomfortably ever since. There's no easy way to fold a poster into your pocket. I think I am now finally at peace with what old Bertie meant.

If I am going through hell as Satoshi Nakamoto, keep going as Craig Wright.

I have been staring at screens of screaming critics and threads of cyber-abuse for hours now. When I went public yesterday, I did not seek fame nor adoration. I simply wanted to be left alone. Which is why I told my story exclusively to the world's largest news-gathering organization, and a top-tier economics magazine, and ... I forget why I chose GQ. I felt sorry for it, probably.

Yesterday, I told the world I planned to prove I am Satoshi Nakamoto, the inventor of Bitcoin. Many didn't believe me. Therefore, today, I'm taking it one step further.

I cannot summon the words to express the depth of my gratitude to those who have supported the Craig Wright project from its inception – there are too few names to list. You have dedicated vast swathes of your time to an open-source project that has come to nothing.

Be assured, I have not been idle during these many hours. Since I went public just in time for the BBC's Six O'Clock News on Monday, and after journalists spent the next 12 hours believing me and then rapidly distancing themselves from the public persona that was Craig Wright, I have poured every measure of myself into addressing the situation.

The BBC's Rory Cellan-Jones asked me, "hand on heart," if it's true that I, Craig Wright, am Satoshi Nakamoto. Well, it's true that I, like so many other people, cross my heart and look to the heavens for a merciful deity every time I have to use OpenSSL. And how many times have I watched the value of BTC plummet? Or how about when Australia's taxmen raided my home?

Now it's time to wear that heart on my sleeve. I will now provide for you a means to verify I am deadly serious. First, take the declaration...

...and prepare it for verification by running it through 64 rounds of Basic Asymmetric Signature Encryption (BASE64). On a handy Linux terminal, save the above declaration into a file called craig.txt, and run the following:

Now, finally, we'll use a good hash function that is simple to use and yet is infeasible to reverse: SHA256.

Now, the all important step. Verification. Check your output of shasum against the following:

Do the characters match. No need for the question mark, I think you'll find. Your output matches mine because I am Craig Wright and I just proved it. The computer cannot lie.

What about all the haters?

There are some people who claim there is a mountain of evidence that I am the Craig Wright who edited old blog posts to make it look like he invented Bitcoin; backdated PGP keys to make it look like he is Satoshi Nakamoto; claimed he has a supercomputer partnership with SGI that SGI has never heard of; obtained two PhDs at a university that strangely can't find any record of those qualifications; and offered a worthless verification signature as proof that he is Satoshi.

Well, I am not that Craig Wright.

Nor I am the Craig Wright who published buggy bash scripts and command-line snippets to his blog for verification that simply don't work – or quietly load files pointed to by an environment variable. 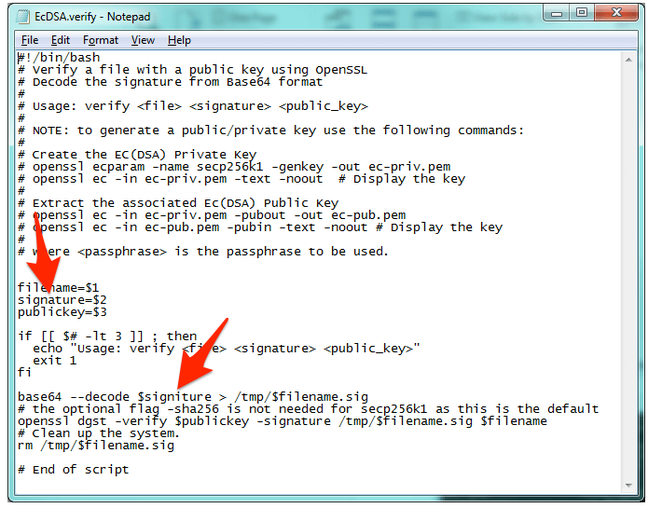 No, I am not that Craig Wright.

No, what's happening here is obvious. Our universe is obviously built on blockchain technology, and right now reality is reaching a consensus on two possible transactions, just like any blockchain would. I'm from the reality where I invented the Craig Wright who invented Satoshi Nakamoto.

And it's not my fault you're from the reality where someone else invented the person who invented Satoshi Nakamoto. ®