EMC has an all-flash, bladed Isilon Nitro project to boost its scale-out file performance to 250,000 IOPS per node and 400+ nodes.

Currently Isilon, with its OneFS operating system, supports up to 144 nodes using an InfiniBand internal cluster connection scheme. Cluster capacity can scale from 18TB to over 30PB. There are four node types:

Isilon also offers a performance accelerator and a backup accelerator.

EMC has been working on Nitro for 18 months, and it will complete the all-flash makeover of EMC's storage hardware, sitting alongside DSSD, VMAX, XtremIO and Unity.

EMC president Chad Sakac blogs that a Nitro node is a 4U enclosure with 200TB of capacity using 3.2TB SSDs: that's 62.5 SSDs doing the division calculation so something's off. Let's say the capacity is 192TB with 60 x 3.2TB SSDs for now.

They will be NVMe drives, not SAS or SATA.

EMC would surely say 500 nodes if 500 nodes is possible and gets you 100PB - instead it says 400+. Something is not being explained here, or being obscured by marketing bilge, excessive enthusiasm or calculations based on Samsung 3D NAND SSD capacity increases to c7TB later this year and 15TB in 2017. 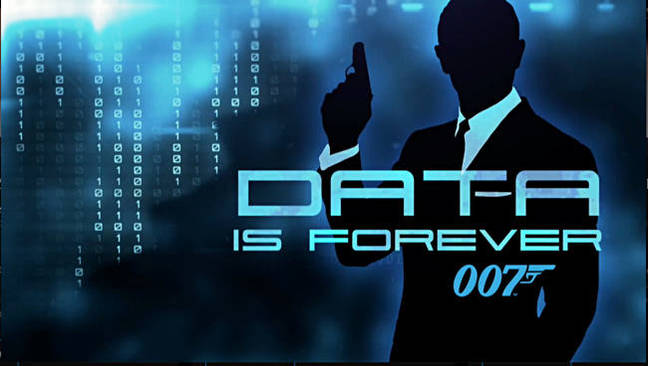 A node will have 8 x 40GbitE front-end ports and another 8 x 40GbitE back-end (inter-cluster) ports, providing, Sakac says, 15GB/sec of bandwidth, with a 400+ node cluster having 1.5 TB/sec bandwidth. Doing the node math with 400 x 15GB/sec gets us to 6TB/sec bandwidth so something is off again, wildly off.

The OneFS software has been re-engineered to make better use of flash, with its latency improving tenfold from the current 5 to 20ms which Sakac mentioned. That means 0.5 - 1msec.

No mention was made of data reduction, which we think will feature, possibly as an option. Will you be able to mix-and-match Nitro nodes with the existing Isilon nodes? We'll have to wait and see.

EMC's CJ Desai, Emerging Technologies Division President at EMC, says Nitro will scale up - he did say "up" - to a full rack, meaning 10 nodes. And then there can be 400+ nodes, the presenter said 400, meaning, we say, scale out to 10 racks.

Pure's scale-out FlashBlade project is a likely comparison, with 15 blades in a 4U box. The box has up to 780TB of raw capacity, 1.6PB with data reduction, and 15GB/sec bandwidth, the same as a Isilon Nitro node. Pure has not yet talked about FlashBlade cluster node counts.

Desai said Nitro has50 times the bandwidth, 50 times the capacity and half the cost of the currently understood competition, meaning, we understand, Pure's Flash Blade. Well, we think, at 780TB raw per 4U node for FlashBlade versus 900TB raw for Nitro, with 15TB SSDs, that simply doesn't stack up capacity-wise, especially not with Pure offering data reduction and 1.6PB effective capacity per node.

Surely Nitro will offer, or will have to offer, data reduction.

With Pure not talking cluster node counts yet we can only do a node-for-node comparison, and EMC's claims don't make sense to us in capacity or bandwidth terms.

As for cost, who the hell knows what street pricing will be in 2017?

We could expect scale-out NAS startup Qumulo to develop an all-flash product and add to the competition here.

Isilon's Nitro scale-out bruiser is expected to arrive sometime in 2017, once beta testing, which starts later this year, finishes. ®