You're making it look easy, folks

+Pictures The remarkable engineering achievement of landing a rocket on a ship was repeated for a second time earlier today – and under more difficult circumstances. 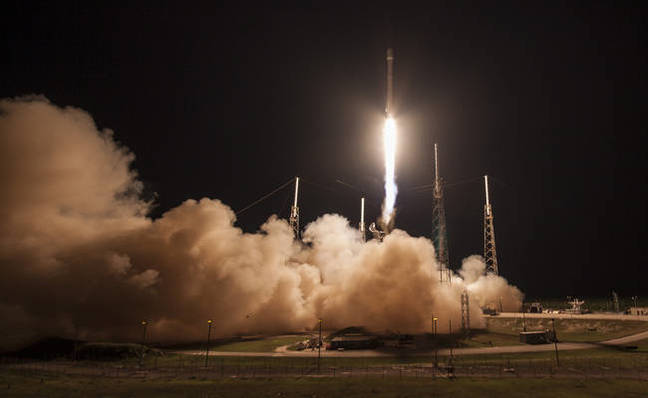 While delivering a comms satellite to a geosynchronous orbit at 22,000 miles above the Earth, SpaceX succeeded in landing the lower stage of the rocket safely on its barge, despite the fact that it was traveling at roughly twice the speed as the earlier successful attempt last month. It was also landing in the dark, though that shouldn't matter too much to the computers.

Even the engineering team didn't expect to pull off the feat. Head of SpaceX, Elon Musk, gave it a 50-50 chance.

Rocket reentry is a lot faster and hotter than last time, so odds of making it are maybe even, but we should learn a lot either way

But despite an entry speed of 2km per second, land safely it did, much to the delight of the team and casual observers, providing the company with a second success in a row.

The SpaceX team hopes to revolutionize the space business by enabling rockets to be reused, massively reducing the cost. The hard part, of course, is getting the rockets back in a single piece once they are several hundred miles up in the air. 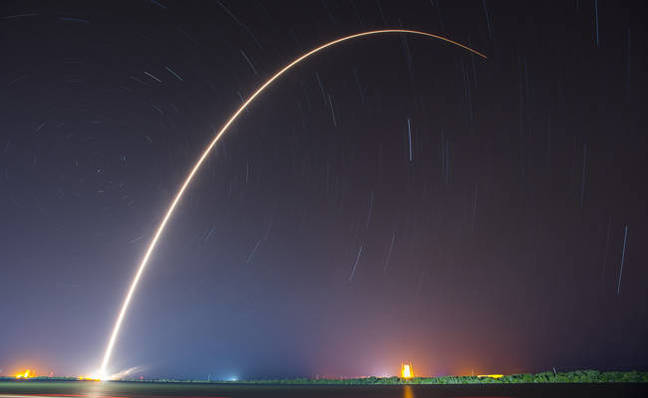 It has been working on the problems for years and has a number of close calls, successes and miserable failures on solid ground and on barges in the sea. Last month's success was for a launch aimed at delivering material to the International Space Station; this week's covered a delivery about 100 times higher up.

In short, it is extremely impressive engineering. You can watch the whole thing with commentary in a SpaceX video posted on YouTube:

The landing takes places just before the 30-minute mark. ®