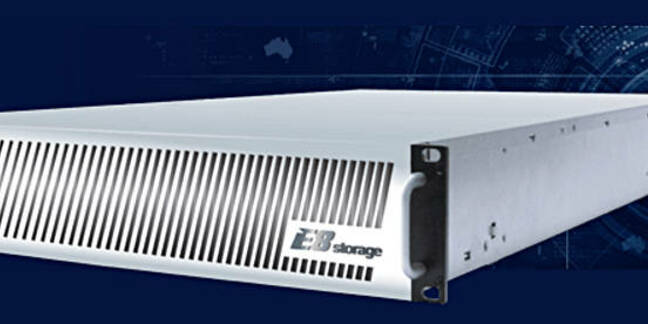 The money comes from Accel Partners, which gets a board chair, and existing investors Magma Venture Partners and Vertex Ventures. It will be used to double the research and dev head count in E8's Israeli office, hire a sales and marketing team in the US, and to contribute to the launch of its coming NVME flash array. The prior A-round in 2014 was for an undisclosed amount.

The coming array appliance has a rack-scale design and uses off-the shelf hardware. We assume this means Intel NVMe SSDs, Xeon CPUs, etc. E8 claims its design eliminates storage need projections, is easily upgradeable and expandable, enables converged networking, and increases SSD utilisation to over 90 per cent. The thing is targeted at enterprises with software-defined clouds in mind, and has been designed for NVMe drives from the start, thus, presumably, avoiding SAS and SATA-influenced IO stacks.

Application areas are high-performance enterprise applications such as real-time market data analytics, high-performance key-value stores, as well as SQL and NoSQL databases, hyper-scale data centres and high-performance computing. These are the kinds of markets being targeted by EMC’s DSSD D5, Mangstor’s array and Apeiron.

E8 has an XIV flavour in its heritage.

Danny Melamed is E8’s Director for R &D and he spent at deduper Diligent, then IBM when it bought Diligent, moving to become a Senior Manager in the XIV group, looking after core SW quality. E8 System Architecture Director Ziv Serlin also has an XIV stint on his CV, followed by periods at Primary Data, then Logtel and Xilinx.

E8 says it has a software-defined NVMe technology and headline performance numbers are 10 million 4KB IOPS and 100us/40us of read/write latency (queue depth of 1), equivalent to locally connected NVMe flash drives. We see this as requiring RDMA-type access: think NVMe over fabrics. The networking involves four to eight ports of 40/50GbitE or 4 ports of 100Gbit Ethernet. Throughput is 40GB/sec.

The drives are Intel dual-ported NVMe DC D3700 and D3600 SSDs. A 2U E8 node or enclosure has two controllers (canisters in Intel speak) with Xeon E5 processors, and these each connect to up to 24 dual-ported SSDs via a mid-plane. The SSDs are RAID-protected against failure and the raw capacity is 48TB, meaning 2TB SSDs. There is a distributed E8 software stack.

We’re told E8 drivers coordinate access to the shared enclosure, taking care of multi-pathing and network health detection. The E8 driver auto-balances traffic to make the best usage of the available network paths. There are two power supplies for redundancy.

The Intel/E8 microsite states: “With E8 Storage, Intel dual-port NVMe SSDs such as the D3700 SSD can be deployed in an HA enclosure, with RAID operating at the entire bandwidth and throughput of the SSDs, retaining latency levels on par with local NVMe SSD usage.”

Performance is claimed to be consistent and guaranteed, without any need for caching, and to scale linearly as nodes are added.

E8 says its E8-D24 box has no single point of failure and both software and hardware upgrades will be non-disruptive. Up to 100 servers can be connected to each enclosure (node?).

The E8 array is in beta test now and its data services include high availability, RAID - with double parity protection - and thin provisioning. It should be upgradable as flash hardware improves.

Accel’s Kevin Comolli will be joining E8’s board, and his canned quote adds a bit more colour; “The next generation of high-performance enterprise applications such as big data analytics and IoT data processing require a fundamental rethink of our existing data centre architectures. … the overwhelming feedback from [E8’s] beta tests has demonstrated strong product market fit for its rack-scale flash solution. We have been very impressed with the team from the outset and we’re confident in the company’s potential to become a leading player in enterprise storage.”

We expect E8’s D24 system to hit the streets later this year and provide strong competition to DSSD, Mangstor and Apeiron. Pure's FlashBlade is also rack-scale flash but not (yet?) aimed at latency-sensitive applications. Our feeling is that NetApp's SolidFire subsidiary may also be working in this area, and that Kaminario is too, or ought to be.

Get yourself an E8/Intel solutions brief doc here (registration required). ®

Fastest software builds – if you go by benchmarks

NVMe? You should. Mangstor hauls in $7.1m for array development shop

And Austin-based firm is hiring

E8 prises software away from its arrays to run on Dell, HPE, Lenovo kit

Flash flinger does a Kaminario

Flash array startup E8 whips out benchmarks, everyone will complain

Arrays in a manger? Mmm. Who knows what EXTEN Tech'll get up to...

Ssssssh. Israeli storage start-up is staying stealthy to start with