The world's oldest known ground-edge axe has been discovered in Australia's remote north Kimberley region, pushing back the date of the invention to some 49,000 years.

It is estimated to be 10,000 years older than the previous oldest axe of its type, also found in Australia in 2010.

The oldest so-called hafted axes - those sporting handles - are all production of Australia's indigenous Aboriginals.

She told The Register it is the earliest axe of the kind to be deliberately smoothed out, as distinct from more basic axes that are older.

"It is made by spending hundreds and hundreds of hours rubbing the axe against fine-grained material until you have a polished edge," Professor O'Conner says.

"It is quite distinctive from other axes." 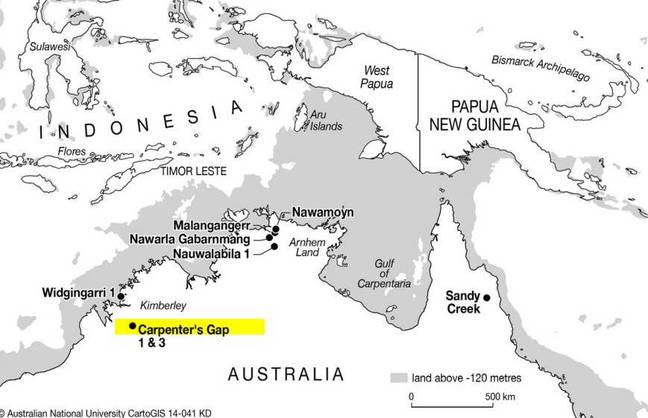 Radio carbon dating of surrounding rock layers placed the axe at between 44,000 and 49,000 years old. The tests could not be performed on the fragment itself.

That date coincides with the generally accepted age of Sahul, the Pleistocene continent that combined Australia and New Guinea. It is also around the time where modern humans entered Japan some 38,000 years ago where other axe types have been discovered. 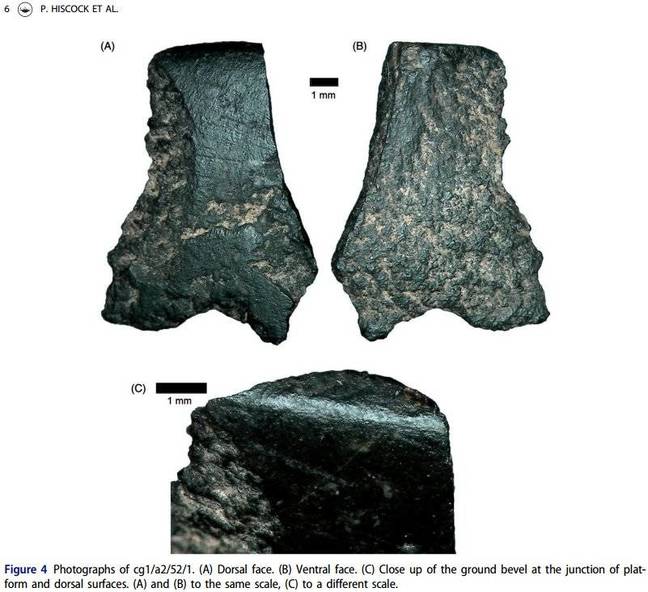 The smooth surface of the axe head was unnatural and was achieved according to tests through an estimated 800 strokes against sandstone.

"We suggest that axe production was probably invented within Australia shortly after people arrived," the team says in the paper.

"As humans spread, technology was not merely losing the diversity it had evolved in Africa, it was also being transformed through invention of entirely novel varieties of tools."

The earliest axes in Australia's southern states date to about 3000 years ago. ®