Laser-zapping scientists will save the Earth from meteorite destruction 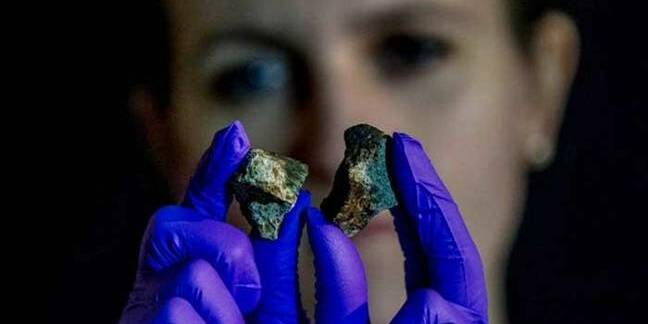 Californian scientists are testing a system this month that may save humanity in the not-too-distant future.

Boffins at the Lawrence Livermore National Laboratory (LLNL) will fire up high-energy lasers to see if they can successfully vaporize rocks from outer space.

But don't worry; your tax dollars aren't being used to build a Death Star – at least not yet. Instead the Lawrences plan to destroy meteorites that have already hit Earth as a way of testing how resistant they are to lasers and figure out how to destroy or divert a bigger threat heading to our planet - something that is bound to happen at some point.

"It's not a matter of if, but when," said researcher Megan Bruck Syal. "Our challenge is to figure out how to avert disaster before it happens."

Bruck Syal is part of the US government's planetary defense team, whose job it is to come up with plans to deal with possible end-of-species events like rogue space rocks. The team includes representatives from NASA, Los Alamos and Sandia national labs, as well as academia.

Leavin' On A Jet Plane

The thought of an asteroid or comet destroying life on Earth is a common trope in science fiction, but statistically it has happened in the past and will happen again. While NASA has been surveying the Solar System for years trying to categorize all possible threats, there are plenty of things they could have missed considering the pitiful amount of money allocated for the task.

Current thinking is that we would either have to destroy or deflect the incoming threat, either by using nuclear weapons or by firing chunks of material at high velocities at the object. Both techniques have significant disadvantages.

Nuking an incoming rock might sound like a winner, but if the threat is large enough, or the nukes too small, you could just end up showering the planet with lots of smaller impacts with the added bonus of radioactive material.

Using a projectile attack as an alternative could also have mixed results. Examinations of asteroids have shown that some are merely loose collections of rocks, so projectiles might not have the desired effect.

"Each comet and asteroid has its own unique character, which presents a challenge for predicting how an individual target would respond to a deflection attempt," Bruck Syal explained.

"The makeup may vary significantly from asteroid to asteroid. An individual body may have an abnormal orbit or rotation, and its size would also affect which method we might use to deflect it."

So Bruck Syal and the team are going to use lasers to blast apart slices of meteorites that fell to earth and were recovered in Antarctica. They want to see what the effect of lasers will be and gauge if such systems could be used as a useful defense.

"There's very little known about asteroid strength," Bruck Syal said. "We're doing everything we can to know more about how asteroid materials respond under extreme conditions."

For a laser-protection system you'd need a lot of hardware, but there is a possibility. Last month Professor Stephen Hawking introduced plans for a laser system that could power spacecraft to distant star systems, and it's possible such a system could also be used to deflect asteroids approaching our planet. ®