NASA's latest attempt to launch its Super Pressure Balloon (SPB) in New Zealand has gone off without a hitch.

The launch of the kilo-kitty mission had suffered repeated weather delays.

After deciding to go ahead today, the balloon was laid out and a tow balloon inflated to lift the tip of the SPB off the ground.

That was followed – finally – by the launch itself.

Janet Letchworth, who heads up the project, says NASA is hoping the balloon can make its full 100-day journey this time around.

A previous mission ended early when the SPB was deflated over the Australian outback. 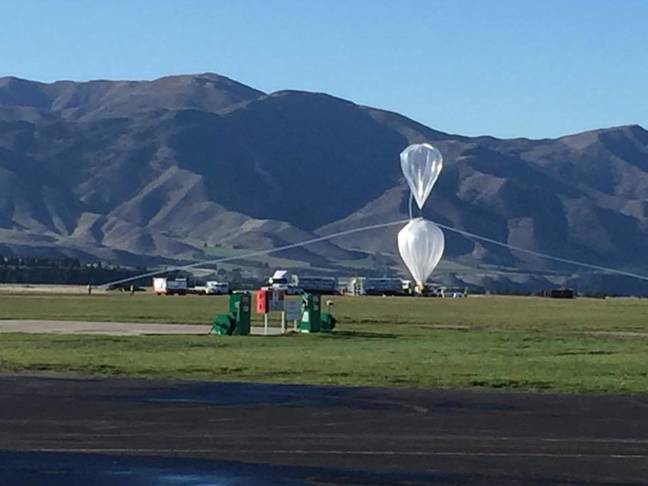 The SPB with its tow balloon. Image: Wanaka Airport

Wanaka Airport's Facebook page has a video of the lift-off moment here.

NASA's tracking page – which should also help ground-based enthusiasts work out when to look out for the SPB passing overhead – is here.

The Compton Spectrometer and Imager payload the SPB is carrying is a gamma ray telescope that will study sources of nuclear line emission and gamma ray polarisation. ®