So far so good for Super Pressure Balloon mission

The NASA Super Pressure Balloon (SPB) which lifted off from New Zealand earlier this week is heading for the open Indian Ocean, having traversed the south of Australia.

According to the handy tracking map, the mighty orb and its payload were earlier today travelling west at an altitude of 108,970ft (around 33,220m). 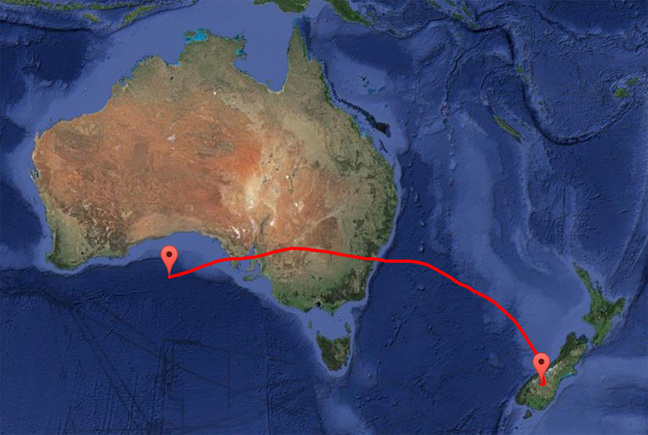 The helium-filled SPB is crafted from "22 acres of polyethylene film – similar to a sandwich bag", and when fully swollen at altitude encompasses 516,499m3. To put that in perspective, NASA has previous noted it's "big enough to encompass a football stadium".

On the ground, the SPB displays sub-stadium dimensions, but it's still impressive, as the launch vid grabbed on Monday at New Zealand's Wanaka Airport shows:

SPBs are designed for "ultra-long-duration flight of up to 100 days at mid-latitudes", carrying scientific payloads to a more-or-less constant float altitude of 33.5km, as a budget alternative to sending them into orbit atop rockets.

For this mission, the massive sandwich bag is carrying the University of California's Compton Spectrometer and Imager (COSI), which will "probe the mysterious origins of galactic positrons, study the creation of new elements in the galaxy, and perform pioneering studies of gamma-ray bursts and black holes".

While NASA hopes the SPB will stay aloft for over three months, the current flight record is 54 days, on a 2009 mission which began at the previous launch site in Antarctica. The first flight from Wanaka in 2015 lasted 32 days, five hours and 51 minutes before a leak prompted NASA to abort the mission over Outback Australia.

Those under the SPB's flight path are assured that the payload does descend by parachute, so there's no need to fear spectrometers hurtling from the heavens. ®