Royal Museums Greenwich has launched an appeal to save for the nation a fine reminder of when England's dealings with Europe involved not referendums but hostile navies at the receiving end of righteous storm and cannon fire. 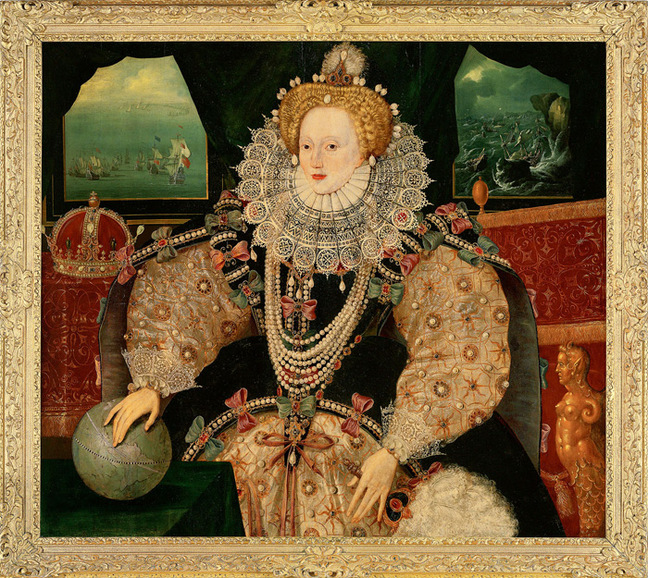 The Armada Portrait of Elizabeth I has for over 400 years been in the possession of the Tyrwhitt-Drake family, descendants of the famed Sir Frances Drake, who may have commissioned the work. If the fundraising drive fails, the painting will be cut adrift and offered for sale on the open market. True patriots are warned it could "even go overseas" - a terrible fate indeed for the Virgin Queen.

Of the £10m asking price for the portrait, the charitable Art Fund has already pledged £1m, while Royal Museums Greenwich will pump in £400,000, or "its entire annual acquisitions budget", the Telegraph explains.

That leaves the small matter of £8.6m which must be raised within two months. If you fancy doing your bit, you can donate here, and your contribution will be will be matched pound for pound.

Kevin Fewster, director of Royal Museums Greenwich, said: “Royal Museums Greenwich has a once-in-a-lifetime opportunity to acquire this remarkable portrait of Elizabeth I, so that it can be permanently shown in a public collection for the first time in its history, and safeguard its future.

"Greenwich is the perfect home for the Armada portrait. Elizabeth I was born at Greenwich Palace in 1533 and the early 17th-century Queen’s House, where we would like to display the painting, is the last remaining part of the palace."

The portrait is replete with imagery of the August 1588 defeat of the Spanish Armada, and more obscure symbolism. Here's Christine Riding, Head of Arts at Royal Museums Greenwich, explaining just why Liz I is decked out in so many pearls:

The Armada Portrait of Elizabeth I is currently on show at the National Maritime Museum in Greenwich. It's actually one of three versions in existence, each painted by unknown artists. The other two hang at Woburn Abbey and the National Portrait Gallery. ®