Astronauts aboard the International Space Station (ISS) will tomorrow pump up the Bigelow Expandable Activity Module (BEAM) - the "first human-rated expandable structure that may help inform the design of deep space habitats".

The pump-up space podule travelled to the orbiting outpost in April aboard a SpaceX Dragon resupply vehicle, and is currently clamped to the ISS's Tranquility node. 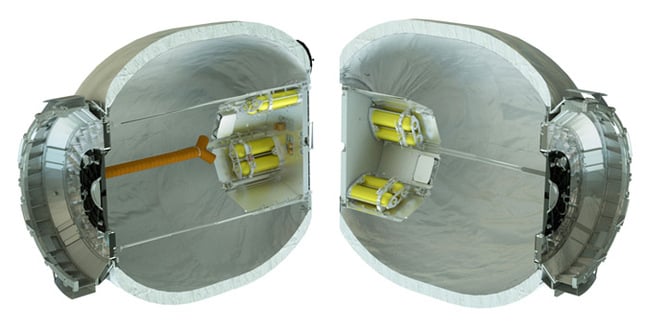 Astronauts will first venture into BEAM on 2 June, and then several times a year over the next two years, "to retrieve sensor data and assess conditions inside the module". Once scientists have determined how the structure "protects against solar radiation, space debris and the temperature extremes of space", it'll be cut loose from the ISS and consigned to a fiery death in Earth's atmosphere.

The obvious threat to BEAM is high-speed orbiting debris, such as that which chipped the ISS's cupola window. NASA, however, quantifies the risk of a puncture as "extremely low". BEAM is constructed (from inside to out) from an air barrier (bladder), structural restraint layer, micro-meteoroid and orbital debris (MMOD) layers, external multi-layer insulation (MLI) and an exterior silica fibre cloth (BETA cloth).

In any case, should it spring a leak, BEAM will slowly deflate, rather than going pop, NASA assures. It's unclear whether ISS crew are armed with a space-rated bicycle puncture repair kit to tackle such an eventuality.

The proof of concept BEAM may one day beget Bigelow's full-fat 330m3 B330, designed to "support zero-gravity research including scientific missions, manufacturing processes, a destination for space tourism and a craft for missions destined for the Moon and Mars". 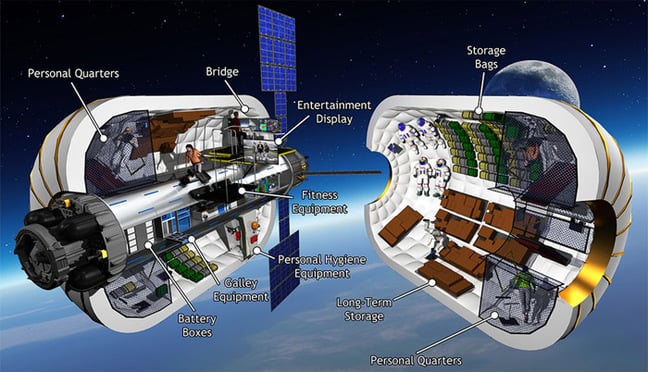 The B330. Pic: Bigelow Aerospace