Entitled Waste of Space, the expansion's premise is that players "get to beat or trick people into crowdfunding you their hard-earned money, and then spend it on your own dreams of being a space McGyver in space or whatever space nerds do instead of huffing paint in their underwear like normal people". 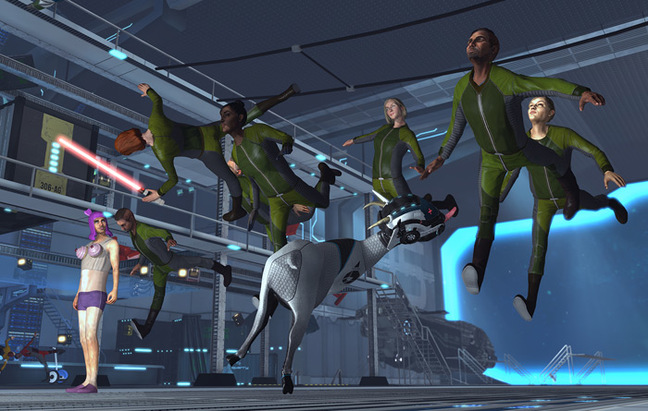 All kinds of crazy: Waste of Space

To trumpet tomorrow's launch, Coffee Stain Studios has produced an entertaining vid, in keeping with its previous cinematographic efforts. The original Goat Simulator promo scored high points for its parody of the intro of the trailer (probably NSFW) for zombie chopfest Dead Island.

The exciting features of Waste of Space include:

What's more, we're promised that "no crew member will be left unromanced". This kind of thing may be OK in outer space, but don't try it in Oklahoma.

The expansion will be available on on PC, iOS, Android and Amazon. ®