Freelancer-finding site Fiverr has booted out users offering distributed denial of service attack for-hire groups for as low as US$5.

Fiverr is a service that connects buyers with professionals like designers and developers, many of whom offer their services for not much more than the price of a beer.

Incapsula security wonks Igal Zeifman and Dan Breslaw found and reported crims who were found flogging the stresser or booter services on the site.

One booter bandit told the pair they could use the stresser against any site but advised against targeting government domains.

"This just goes to show that even DDoSers have some moral compass, as well as a healthy fear of the government," the pair say.

The cost of booter services has plummeted in recent months. Last year the average stresser cost $38 per hour to rent, dropping to $19. 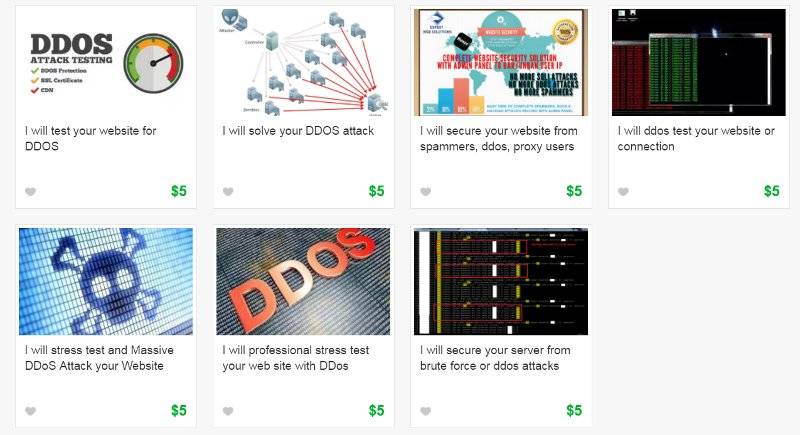 The five-bucks-an-hour services represent a new low. The price plunge may be due to the use of hacked infrastructure including home routers to power the booters, while various request amplification tricks can be leveraged to flood targets with large amounts of traffic.

Dead hacker group Lizard Squad was one of the most prominent seller of hacked booter services. Its Lizard Stresser service was claimed to be powered by thousands of hacked routers and was most famously used to knock Playstation and Xbox Live services offline over the Christmas period.

Amazon to build its own consumer hardware in India, starting with Fire TV sticks

Privacy-conscious biz insists on rolling its own mitigations, though