Boring SpaceX lobs another sat into orbit without anything blowing up ... zzzzz

Are you not entertained? No

It's almost routine now. After previous thrills and spills, Elon Musk and his team now don't just make rocket science look easy – they make it look like a quick trip to the corner store.

On Friday, SpaceX successfully launched another Falcon 9 rocket from Cape Canaveral in Florida, and then landed it successfully at sea, despite what Musk warned would be a "very hot and fast" landing.

The Falcon 9 rocket lifted off from Launch Complex 40 in Cape Canaveral at 1439 PT (2139 UTC) carrying the Thaicom 8 [PDF] Ku-band commercial communications satellite for deployment in geostationary orbit. The satellite will provide data traffic for eastern Africa, India and Thailand.

Two minutes and 39 seconds into the flight, the first stage of the rocket shut down and separated, beginning its return trip to Earth. After firing its rockets to slow down before reentry, the rocket fell towards the autonomous barge Of Course I Still Love You, named after a Culture vessel from the mind of the late Iain M Banks.

The landing was spot on, helped somewhat by better weather conditions than the last sea landing. The Falcon was landing using three of its nine engines – geostationary deliveries result in very high speed of the returning stage, which requires more firepower to come to a stop quickly.

Falcon 9 second stage and THAICOM 8 spacecraft in nominal orbit and coast. First stage has landed on the droneship pic.twitter.com/NH52PHhpyE

Meanwhile, the second stage was still blasting away, giving the satellite more angular velocity so that it could begin to match the speed of the Earth's rotation. After shutting down its engines briefly for a coast phase, the rocket fired and pushed the satellite closer to geostationary orbit before detaching the hardware 32 minutes and five seconds after launch. 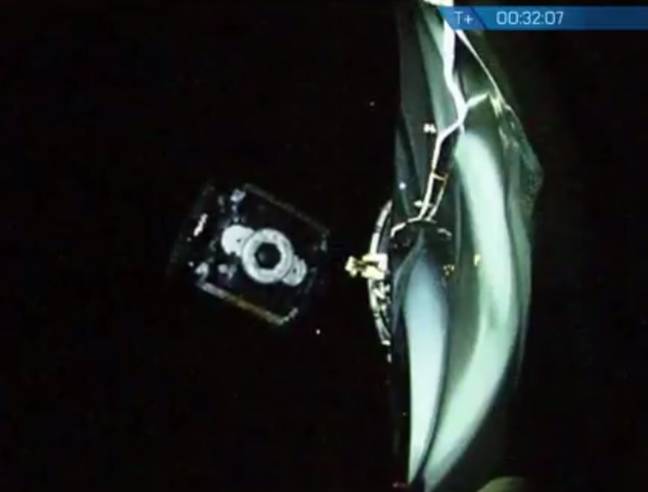 Thaicom 8 is now using its solar panels and hydrazine thrusters to get up to around 36,000km (22,369mi) altitude and achieve its orbit. The satellite is designed to last for at least 15 years, exchanging data across the world.

However, Elon Musk has a problem on his hands. He now has four first-stage rockets that have successfully landed, and is running out of space at the SpaceX factory to store them all.

The lack of cupboard space might not be a problem however, since SpaceX plans to loft one of the recycled rockets next month. Whether or not they will risk a payload on that flight remains to be seen, but if it goes well, then SpaceX has customers who are willing to book a reused rocket, thanks in part to the steep price discount involved. ®