Not that massive a capacity – they top out at 2TB

Intel, its flash foundry partner, introduced its own 3D SSDs, MLC (2bits/cell) ones, in March with the DC P3320 and P3520, with maximum capacity of 2TB. These had an NVME interface whereas Micron’s 1100 has the slower 6Gbit/s SATA interface. 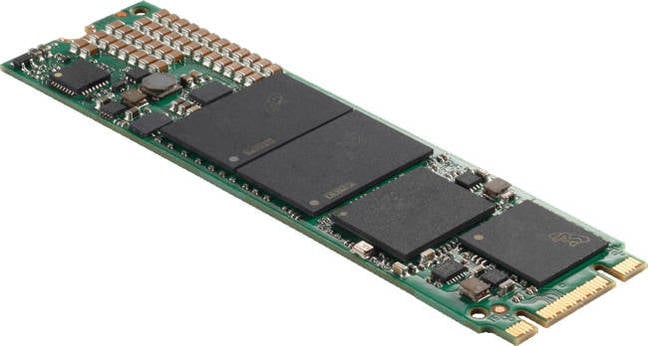 The only available Intel 3D SSD performance comparison is with the P3320:

It blows the 1100 away except for its random write performance.

Knowing that TLC has inherently less endurance than MLC NAND and is a slower performer, Micron has done a creditable job with the 1100, it being not that far behind the M600 performance-wise, although it is, of course, slightly slower in every respect.

The 1l00 product has what Micron calls DEVSLP, an extreme low power mode, with less than 2mW needed with the 256GB and 512GB products when in DEVSLP mode. The 1TB product needs 4mW and the TB product needs 25mW.

Like the M600, the 1100 has dynamic write acceleration. Its uncorrectable bit error rate (UBER) is <1 sector per 1015 bits read. The product features encryption and secure erase capability. It has a 1.5 million hours MTBF rating. 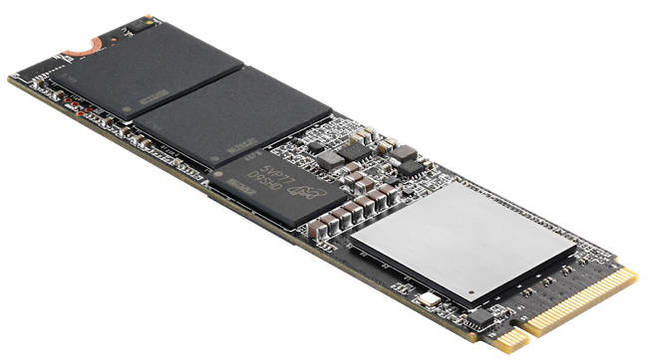 The 2100 information is so sparse as to be near invisible, making it akin to 3D NAND SSD vapour ware for the time being. It is a client device SSD with up to 1TB capacity in an M.2 form factor. We’re told it has four times the bandwidth of SATA SSDs and a low latency. Really? With NVMe? Who would have thought that!

Micron introduced 7100 and 9100 planar MLC NVMe drives in April, so the 2100 should benefit from that NVMe work.

Actually the 2100 should be much faster than the 1100, and comparable to Intel’s P3320. Looking at Intel and Micron's 3D NAND SSDs it looks like they are aiming them at different market segments.