New analysis of a dagger entombed with King Tutankhamun "strongly supports" the theory that it was forged from meteoritic iron.

Using portable X-ray fluorescence spectrometry, a team of researchers determined that the dagger's blade contains 10.8 per cent nickel and 0.58 per cent cobalt, by weight. By way of comparison, they subjected "11 meteorites of well-known composition" to the same testing, concluding that the blade's make-up "strongly suggests an extraterrestrial origin".

The BBC explains: "They compared the composition of the dagger to known meteorites within 2,000km around the Red Sea coast of Egypt, and found that one in particular - which landed 150 miles (240km) west of Alexandria - contained similar levels of nickel and cobalt."

That the dagger was hewn from a meteorite is not a surprise. The ancient Egyptians didn't smelt terrestrial iron until the first millennium BC, so it's likely that prior to that any iron object ultimately originated from off-world material. Given its rarity, the Egyptians "attributed great value to meteoritic iron for the production of precious objects".

The researchers note: "Recently it has been reported that the most ancient Egyptian iron artefacts, i.e., nine small beads, excavated from a tomb in Gerzeh (Egypt) and dated about 3200 BCE, are made of meteoritic iron."

While they may not have worked extensively with iron, craftsmen at the time of Tutankhamun boasted "a significant mastery of ironworking", as evidenced by the dagger's "high manufacturing quality".

As well as the high-quality-blade, the 34.2cm long dagger features a gold handle with "cloisonné and granulation work, and ends with a pommel of rock crystal". The sheath "is decorated with a floral lily motif on one side and with a feathers pattern on the other side, terminating with a jackal's head".

It was placed in Tutankhamun's sarcophagus on the deceased Pharoah's right thigh: 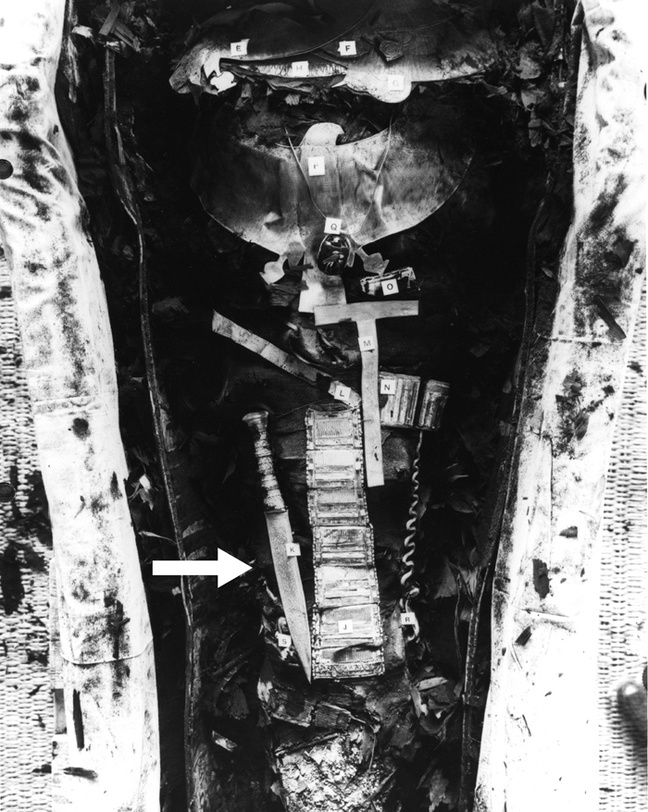