Greek and British scientists have announced that submerged remains off the Ionian island of Zakynthos bearing an uncanny resemblance to a lost city are in fact natural formations.

Professor Julian Andrews, of the University of East Anglia's (UEA) School of Environmental Sciences, explained: "The site was discovered by snorkelers and first thought to be an ancient city port, lost to the sea. There were what superficially looked like circular column bases, and paved floors. But mysteriously no other signs of life – such as pottery." 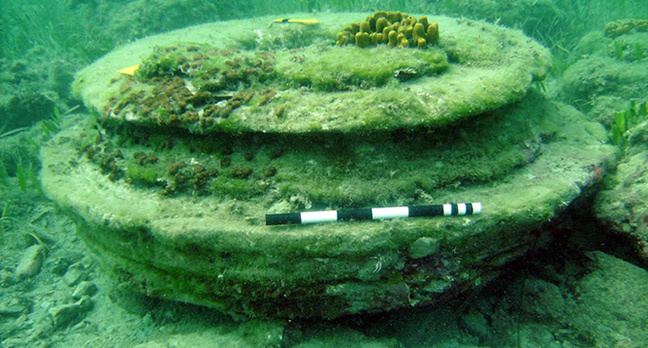 A team from the University of Athens carried out an initial investigation of the site, then joined forces with UEA "to investigate in detail the mineral content and texture of the underwater formation in minute detail, using microscopy, X-ray and stable isotope techniques".

Sadly for Atlantis fans, the city turned out to be "a natural geologically occurring phenomenon", namely "mineralization at hydrocarbon seeps - seen both in modern seafloor and palaeo settings".

Andrews said: "We found that the linear distribution of these doughnut shaped concretions is likely the result of a sub-surface fault which has not fully ruptured the surface of the sea bed. The fault allowed gases, particularly methane, to escape from depth.

"Microbes in the sediment use the carbon in methane as fuel. Microbe-driven oxidation of the methane then changes the chemistry of the sediment forming a kind of natural cement, known to geologists as concretion." 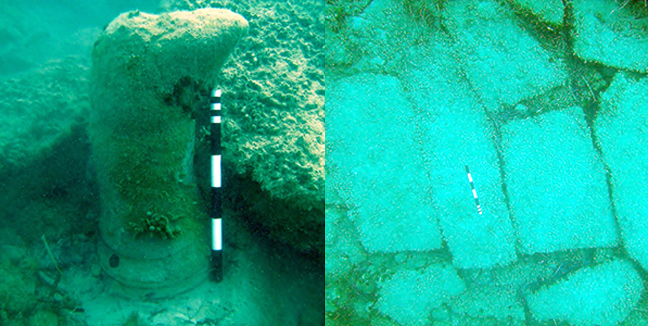 The concretions were likely formed in the Pliocene era, some five million years ago, and subsequently "exhumed by erosion to be exposed on the seabed today".

The scientists' findings - Exhumed hydrocarbon-seep authigenic carbonates from Zakynthos Island (Greece): Concretions not archaeological remains - can be found in the journal Marine and Petroleum Geology. ®