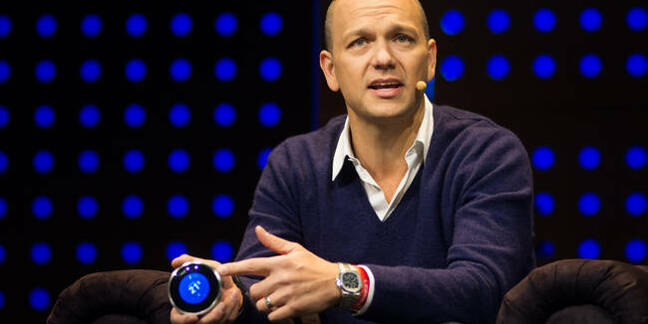 The CEO of Nest, Tony Fadell, has quit.

Announcing his decision in a blog post Friday, the head and cofounder of the smart home company now owned by Google parent Alphabet and most famous for its thermostat, said his decision was "bittersweet" but that now was the right time to leave.

"While there is never a perfect time to transition, we’ve grown Nest to much more than a thermostat company," Fadell said noting that while it may be "sudden" to people he had been working on a transition since last year.

He will be replaced by Marwan Fawaz, a former VP of Motorola Mobility (which was also bought by Google) and will stay on as "an advisor to Alphabet and [Alphabet CEO] Larry Page."

The news comes following a rocky six months for Fadell, who has been criticized inside both Nest and Google for creating a controlling culture that did not produce sufficient results. Critics point to the fact that the company has only rolled out iterations of its main two products – the thermostat and smoke detector – rather than produced new products.

But the real clash came when Nest inexplicably decided to end support for a smart home control product it had bought, Revolv. That decision effectively bricked the hardware leaving customers fuming and causing a culture clash with its stablemate Google.

Nest and Fadell have had an unusual relationship with Google. The company has retained a high degree of autonomy even to the extent that it chose not to use Google's Brillo standards in its products, created its own closed Weave protocol and prioritized iPhones over Android phones in its product development.

Fadell may have been able to maintain that separation – and his much more controlling work culture – had he performed. But as Nest has slowly lost its remarkable lead in the smart home market, pressure has built, and the ill-advised shutting of Revolv saw the knives pulled out for him.

In an almost symbolic sign of the problems, last month a former Nest employee filed a complaint with the National Labor Relations Board in the US against Nest/Google for unfair labor practices.

He was fired following an internal investigation after mocking images about Fadell and Nest posted to Google's intranet were published on Facebook. He claims he was subject to a witch hunt.

Google is many things (many of them not good) but it does maintain an open culture, and the fact that Nest carried out an internal investigation followed by a firing over some images that gently mocked widely recognized failings may have been the final straw.

In his post, Fadell defended his time in charge: "In 2015 alone, we shipped four new hardware products and five significant App releases, and the Nest Learning Thermostat 3rd Gen reached the one million unit milestone in half the time as the previous generation!

"More than 18,000 developers are now building their own products and services on our platform, and more than 12,000 retail stores carry our thermostats, smoke & CO alarms and cameras. Considering that when Nest launched less than five years ago, connected home sections didn't exist at retail, it isn't an understatement to say that the connected home went mainstream because of Nest."

He's right, but Fadell was not the man to scale the company past its small roots, or to manage the gradual merging into Google's culture. The company still has a window of time to maintain its smart home poster-child status. It will now fall to Fawaz to make that happen. ®