NetApp is now second in the all-flash array market, according to IDC numbers we have been given.

In so doing, NetApp has leap-frogged past IBM, HPE and Pure. 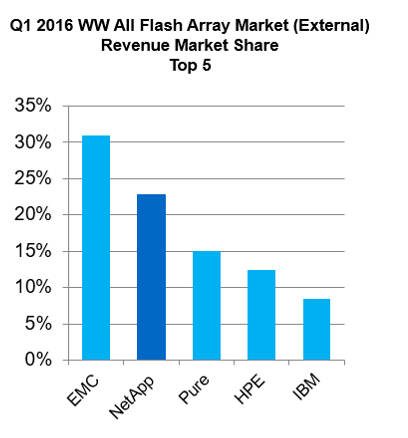 If this is more than a single quarter's oddity then NetApp has returned to industry prominence with a vengeance while IBM has some serious thinking to do.

Those great white teeth you can see in the distance? They come from NetApp’s monumental, monster, shit-eating, told you so, grin. ®