Our culinary heritage must be protected 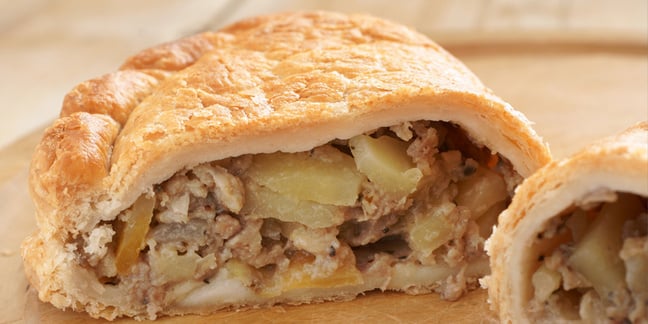 Any reader who's still undecided as to how to vote in the forthcoming, and increasingly tedious, EU referendum, should consider a Brexit future without the culinary protection afforded us by membership of the happy European family of nations.

Last week, the Cornish Pasty Association came out in favour of Britain remaining in the European Union, because "after working so hard for so many years to gain recognition for the Cornish pasty through the EU Protected Food Names scheme, it would be wholly inappropriate for it to support anything that could potentially impact on that status".

In a brief statement, association chairman Jason Jobling said: "As an organisation that has benefitted from the EU protected food names system, and no clear evidence available to demonstrate that Brexit would enable that protection to continue, the CPA supports Britain remaining in the EU and being able to participate in that system."

Yes indeed, the thought of the unprotected pasty open to vile exploitation by Johnny Foreigner is chilling indeed. One need look no further than the worldwide rape of Cheddar cheese* to see just how terrifying the consequences might be. ®

*"West Country Farmhouse Cheddar" does enjoy EU Protected Designation of Origin status, however. The splendidly named British Cheese Board explains: "The cheese must be made on a farm in the four counties of Devon, Cornwall, Dorset and Somerset from locally produced milk and using traditional Cheddar-making techniques – including hand Cheddaring. West Country Farmhouse Cheddar is matured in the region and sold at a minimum age of 9 months and is subject to regular grading throughout its life."