MBE? Pah! Gartner gurus made us an MQ L

They have also added Veeam to the Leader’s quadrant and severely pruned the niche player section, following a market criteria review, in "response to Gartner client requests to focus more on backup and recovery software for the upper-midsize to large enterprises that protect data centre workloads managed by data centre personnel.”

Here is a handy digest of latest data centre backup and recovery MQ for your delectation: 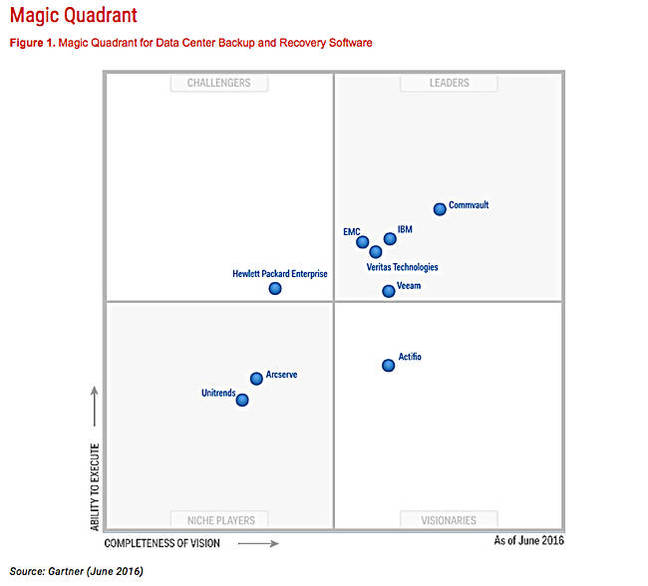 And now, the year-ago equivalent; 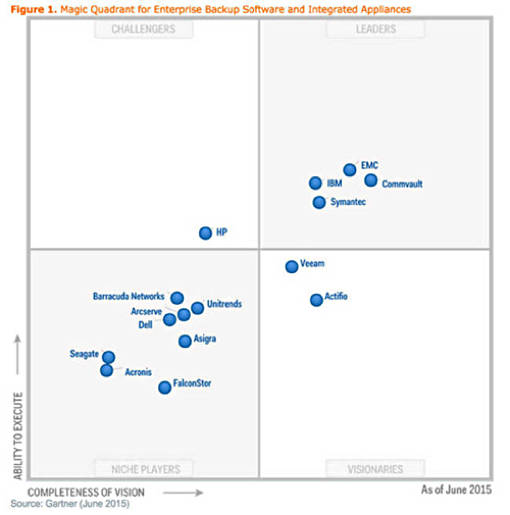 You can see there are a lot of changes, many due to updated market criteria;

Gartner’s notes about the 2016 Magic Quadrant vendors included in 2016 mention that;

Additionally Gartner’s authors note that, according to Gartner reference surveys and conference polling, Veritas' NetBackup is the most evaluated enterprise backup solution, the most deployed for organisations with 5,000 or more employees, and the second-highest response to the question of which provider would be respondents' primary backup vendor in the future.