Google doesn’t care who makes Android phones. Or who it pisses off

Android P: P is for Proprietary 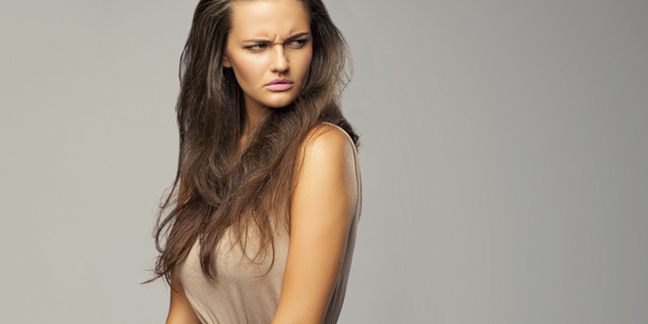 Analysis Google could use defeat in the Oracle case to take Android proprietary, reckons analyst Richard Windsor, who thinks development for this watershed event is already well underway, as we reported last week.

Google would then be able to bring the ecosystem up to date much more quickly than it does today.

Last year’s Marshmallow 6.0 Android has barely scraped the 10 per cent of the installed Android base mark. As Windsor pointed out in a recent interview, this is all new models, such as the Galaxy S7. Statistically speaking, the number of people who upgrade their 5.x Android to 6.x is almost zero.

Under this scenario, Google would ship binaries to OEMs, and work closely with select platform partners like Qualcomm and Mediatek. The mod scene would give a brief howl of pain before moving on to something else. But there would be a much longer and louder howl of pain that Google could afford to ignore: from the phone makers. Google will ignore this just as it always has done.

This is because Google’s relationship with OEMs has changed radically over the past few years.

In the early days Android needed the endorsement of top tier phone makers. It craved the credibility. Sony, Motorola, Samsung and LG were early supporters and helped Android’s momentum become unstoppable. But for the past few years, Google has regarded these high margin bureaucratic behemoths as more of a hindrance than a help.

Google has recognised the shift taking place as China’s production miracle was harnessed. Thanks to packaged hardware and the ever growing expertise of manufactures like Foxconn, the barrier to creating a phone fell dramatically. Being a phone maker became as trivial as catalogue shopping. How can a Shenzhen manufacturer sell a flagship that’s almost as good as a Sony flagship, for $200 cheaper? It only highlighted how much cost was hidden in the system.

In addition to keeping Android phone prices too high, Google took some other offences into consideration. OEMs wrapped bloatware skins around the OS. Bundled duplicate apps. Threw in pointless third party apps. But worst of all, made them to such narrow cost constraints, they refuse to ship timely updates. Only a tiny handful of flagship owners ever upgrade. It’s difficult to impossible for anyone else.

Since that realisation dawned at Mountain View, it’s been a case of boiling the lobster. So slowly, the OEMs don’t notice the water temperature increase.

Yet they certainly noticed when Google turned up the temperature too quickly. Silver anticipated the post-big-brand future that Google believes is coming. Silver was a freshly minted premium brand for Android phones – that we described as a dagger aimed at the heart of Samsung and Sony.

Silver gave an OEM preferential treatment, such as promotion, subsidies, and bundled VIP support for the phone owners. But only if the OEM agreed to strict terms. Silver would become the brand of a premium Android that consumers would recognise and seek out.

Operators were delighted. They want low-cost devices without the fat margins added by the big brand OEMs. But a hard-to-pronounce Chinese brand might not inspire much confidence down at Tesco. Silver and similar programs from Google would provide a kite mark of quality.

It was as if a veteran actor in a long-running soap got sent next season's scripts and couldn’t find their name anywhere.

Suddenly realising that they were being cooked for a banquet, the OEMs cried foul and Google cancelled the initiative a few weeks later. Only in mature Western markets does Google need a Samsung or a Sony to snag some of those high-value customers who buy flagship products and keep them away from Apple. But that’s only a tiny segment of the global market.

"There's more and more resemblance to Microsoft in the way it controls the PC experience every day,” a phone maker told us two years ago. “Best of luck [in the premium space], Google have won.”

Google’s seen the future, and big brand phone makers just aren’t in it.®