Apple and Android wearables: What iceberg? It’s full steam ahead!

This watch now has even more added computer 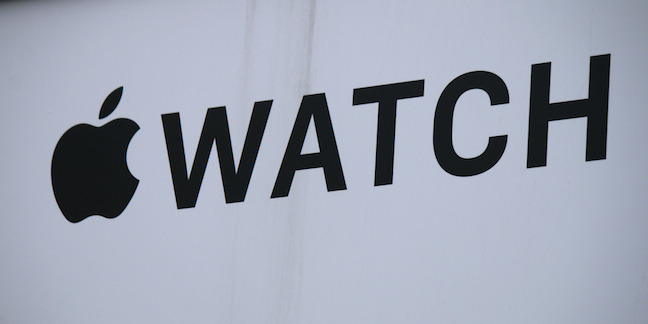 But nothing much happened. “It's not the ground-breaking revamp many were hoping for,” CCS Insight’s George Jijiashvili wrote of Wear 2.0, describing the tweaks as “incremental and necessary”.

Now we have both platform updates to consider, we can see which direction they are moving in. And it's bad news for people who thought both watch platforms were too fussy. Sorry, folks - they're getting even more like computers.

Wear 2.0 will be more standalone than before - being able to do more without being tethered to a phone. The Wear 2.0 update still hasn’t solved the Notifications issue. No, they won’t hijack the display. But once dismissed, they can’t be retrieved, which removes much of the convenience of wearing a watch to manage notifications in the first place.

Apple’s wearable platform gets a branding makeover from the Strategy Boutique&Trade, but its enhancements are stranger.

There are performance tweaks (beta testers report faster app switching) – there is much better multitasking and payment support is introduced. "Complications", which are the micro versions of Watch’s mini apps (which are themselves mini versions of the phone app) can now invoke the mini version.

WatchOS 3 (note the subtle leap-frogging over the more established platform) makes it even more like a computer. The little-used side button is now a task-switcher, that brings up a desktop-OS like Dock.

And if you read the documentation you’ll get a glimpse of the issues that bedevil both platforms:

There are several reasons why you should take advantage of the enhanced complications APIs in watchOS 3:

Great! Apple is making the Complications even more Complicated.

Some of you may remember the sales hype for smartwatches a year ago. This was an expensive gadget, yes, but it was one that was supposed to simplify your life. Not give you another layer of software to manage. The name complications is fairly appropriate. They’re supercomplications - and that’s the trouble.

As I wrote here recently, both Google and Apple went for the kitchen sink with their smartwatches, throwing everything they could find at the wall in the hope that something would stick. As you know, I identified this as a problem when Wear launched two years ago. There has been too much technology, at too high a price, returning too little value, for the smartwatch category to be anything other than a failure.

I also made a prediction which might come back to bite me: this will be the last year vendors try to flog you a smartwatch. Next year manufacturers be trying to flog you a Fitbit-style wearable. And they’ll be giving away watches with phones.

There’s a lot to like about an Apple Watch once you’ve made the purchase, and with prices for the 38mm Sport edition now as low as £200 for an open box deal, perhaps the word will begin to spread. That’s almost Pebble pricing. But it still takes a day or two to learn to use, the mini apps are pointless, their launcher gimmicky and fiddly, and it’s far from an essential purchase. I don’t see anything in either Wear 2.0 or watchOS 3.0 that really changes that. ®

While writing this piece I nipped out for a sandwich and watched someone trying to pay for theirs with Apple Pay. After a few taps, they gave up and whipped out their contactless payment card to complete the purchase.

Smartwatch owners love their calorie-counting gadgets, but they are verrry expensive

Xiaomi the way to the sale rack, would you?

Hackers can talk to and locate the wearer, warns notice

We're not convinced 'people who want to harm kids will follow the kid, not the watch' is a great comeback

Think your smartwatch is good for warning of a heart attack? Turns out it's surprisingly easy to fool its AI

Better ask the human doc in the room

Meet Asteroid, a drop-in Linux upgrade for your unloved smartwatch

Hickory dickory Docker, the containers ran on the clock... er

IFA 'Don't think of it as a watch'