I encountered a few Wayland-related problems, but by and large the experience is getting very close to "just works." The major exception for my use case is that screenshots are problematic, so everything you see here comes from an X.org session.

Fedora 24 also features some revamped font rendering tools that put it on par with Ubuntu's font rendering even though, for patent reasons, it still doesn't ship with support for subpixel rendering.

The patent blocking the subpixel rendering tool expires in 2018, but even now fonts on Fedora look much better than they did in past releases, thanks in part to the decision to back off font hinting, which now defaults to "slight" rather than "medium." The result is crisper text that's much closer to the very nice font rendering Ubuntu has long offered.

Other small changes in GNOME 3.20 make Fedora 24 a bit nicer to use. The Files application, better known as Nautilus, has a new search feature that makes it easy to search files by date, including a good calendar interface for narrowing down searches.

Alas the search feature itself is hidden away behind an icon, but so long as you know it's there, it's a good improvement. Searches also now integrate with the back and forward buttons so you can quickly get back to a search after investigating the results. The bug that would occasionally cause searches to hang also appears to have been fixed.

Fedora's developer focus shows in some of the under-the-hood updates, like the move to GCC 6 and the usual slew of version bumps for various programming languages. Fedora 24 features Python 3.5, Ruby 2.3, Node.js 5.10, and Golang 1.6, among other updates. The package repositories have been similarly updated, with nearly everything I tested being the latest available stable version.

Part of what makes Fedora an appealing distro is the number of official and unofficial spins out there. Regardless of your specialty or interests, there's probably a spin available that features all the packages you'd want pre-installed.

The latest is Astronomy Spin, which offers apps useful to both amateur and professional astronomers. This particular package features the KDE desktop with a complete scientific Python environment, KStars for astrophotography, and AstrOmatic for data analysis. Sure, you could install it all yourself, but that's part of the appeal: you don't have to.

Fedora Spins come in all shapes and sizes, ranging from a Games Spin to a Design Spin to an Audio Spin. A full list of spins, including some interesting but not officially supported ones, can be found on the Fedora wiki. 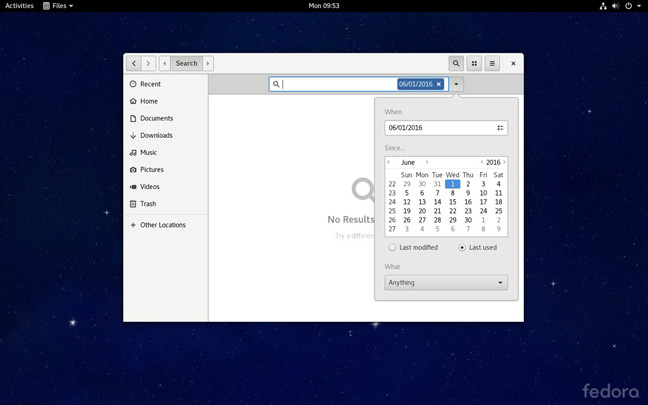 Next page: Cloud and Server
Page:
Tips and corrections
42 Comments