Pull on your branded rival T-shirt, it's time to party with Nutanix

We're all trying to make hyperconvergence happen. But who's going to win? 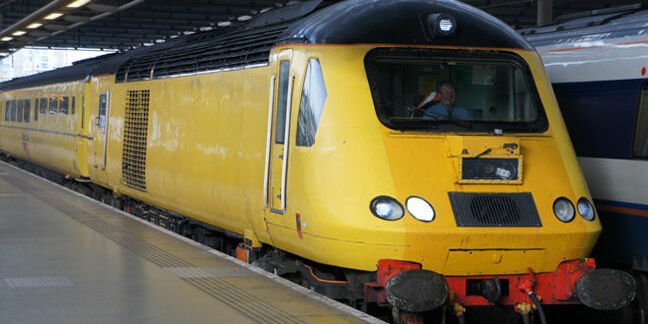 Nutanix wants its product to be a platform

Here I am sitting at a bar at 4:50am (jet lag is my friend) after the Nutanix's annual event, .NEXT.

I’m attending the event with a backpack I received at PureAccelerate (rival Pure Storage's event). I’m not carrying it with me because I want to publicize Pure, I actually love it because it is a sturdy bag and solves my day-to-day travelling needs.

Well let me tell you, I got at least four remarks from people wearing a Nutanix branded t-shirt. The tone was all along the same lines… “it’s not appropriate…”

Really? Are you kidding? So, at the end of the day, I promised I would wear their shoes at someone else’s event… just to make it even, OK?

Backpack incident aside, I really enjoyed my first day at .NEXT. They are not bad guys after all and they have a lot to say. They just need to talk more about themselves and less about the competition, IMHO – something that actually happened during the keynote and in many other moments during the day.

Nutanix started out as a hyperconverged player, the first one, and it built its success on top of this. The product has improved a great deal since the first release and it is still continuing to add features at an incredible pace (two major releases per year). But what surprised me yesterday was that the most interesting announcement wasn’t about the core product but about all the rest of the platform.

Last year Nutanix announced its hypervisor, Acropolis, now in use by 15 per cent of its customers (but it is not totally clear how many are using it in production). Even though we are not talking about 100 per cent Acropolis installations, it’s clear that this alternative hypervisor is making an impression in the Nutanix user base. And now it's doubled down with what I think could be its ace of spades: a new management tool that operates transparently across different hypervisors, hiding the ESXi/vCenter.

But there’s more good stuff. Nutanix has also added support for containers as well as file and block (iSCSI) services for external hosts. Containers – OK, you could expect that, but file and block storage will allow you to connect legacy physical systems and manage storage resources from within the same UI. Good move.

The list of announcements doesn’t stop here, but I think these are the most important bits to help us understand Nutanix's ambition.

Nutanix has always said, since the beginning, that it wanted to revolutionise the data center. But, you know, we should always take these statements with a grain of salt – all startups tell you the same: “We are going to disrupt the staus quo”. Realistically speaking, how many of them actually succeed in this? Very few. I don’t know if Nutanix will succeed, it’s still too soon to say… but what I can say is that it is playing its cards very well.

First of all, Nutanix is setting itself up as a bridge between legacy infrastructure and the future (aka containers and cloud) and wants to make this transition as seamless as possible. It is putting itself at the centre of the scene while hiding everything behind itself. Nutanix us also one of the few showing some level of success in managing a multi-hypervisor environment and it's betting a lot on it (making migrations even more seamless – in 1-click they swear!).

But this is only part of the story. Its plans include growing a partner ecosystem that can benefit from Nutanix’s role while bringing additional functionalities to the platform, climbing up the stack and working more at the application level to make the infrastructure even more invisible.

This is much more than hyper-convergence and the platform it is building (platform is a word that is used a lot here) looks much more like a data centre management platform than just a hyper-convergence infrastructure. I know that it could sound totally weird but, conceptually speaking at least, if you look at the big picture from a distance, it isn’t all that different from what startups like Mesosphere are saying now: building a data centre OS.

If it wasn’t for the never-ending story about the IPO and some other details about strategic partners (like Dell for example) I’d be even more positive about Nutanix. But I think we have to wait a bit longer before having a clearer idea about its chances of success. The potential is still huge… and actually growing… But, again, ambitions are extremely high and it will take time for all the pieces to fall into the right place.

Nutanix is aiming higher than being a hyper-converged player, and this is a great differentiator in a crowded market. At the moment competitors with similar characteristics are very few (maybe only Dell-VCE with VMware?) but I don’t think that its success will be measured by looking at its competition.