Looking good, Gnome: Digesting the Delhi in our belly

The long road to change

It has been a long road from GNOME 2 to GNOME 3.20 and there's been plenty to complain about along the way - there still are things worthy of complaint - but 3.20 is the first release in a long time that feels like GNOME has its mojo back.

The GNOME Shell interface may not be to everyone's liking, but at least it's solid, feature-complete, and much faster than it was even just two releases ago. GNOME Shell is still not a lightweight desktop by any means, but it's plenty fast on newer hardware (if you want lightweight, Xfce, LXDE, Fluxbox and Openbox all fit the bill).

More important for the future of GNOME, the larger GNOME ecosystem is beginning to shape up, with a very solid set of basic applications to compliment the desktop.

In itself, GNOME 3.20 didn’t offer a lot of new features for the GNOME Shell environment. This has been the case for the last couple of releases. While the GNOME developers add a widget here, a darker colour there, most of the project's current effort has focused on developing a native suite of applications to ship with GNOME.

Applications like Gnome Software, Maps, Videos, Photos and the Nautilus file manager have received the majority of the attention in recent GNOME releases. And the effort is beginning to pay off because GNOME's set of default apps are well on their way to being some of the best applications available in their respective classes.

In many cases, GNOME's apps are the only app in their class. For example, Maps has no real competitor on Linux and GNOME Software stands head and shoulders above its competitors. GNOME Software is good enough that even Ubuntu, which has perhaps the worst case of the NIH disease in Linux, has ditched its own half-baked Software Center for GNOME Software.

GNOME Software has been ticking off features for some time, the most recent being the ability to upgrade to new major versions of the operating system. Yes, GNOME Software now makes it easy to upgrade your system using the same tool you use for every other software-related task. Now that it's there you'll be left wondering why this feature wasn't always there.

GNOME Software is very well done, but a tad boring. Far more interesting is the rest of the GNOME software suite, particularly Maps, which recently gained the ability to edit place information from OpenStreetMap. It's a welcome feature for mapping nerds sure, but more than that it's nice to see GNOME making the effort to enable users to contribute to community driven software. 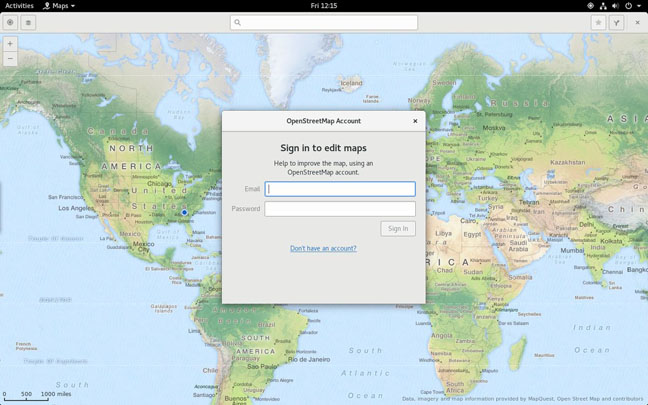 You can contribute to OpenStreetMap from inside GNOME Maps

GNOME's Photos application continues to progress as well. This is one example that's perhaps not quite ready to replace the application it's aiming for - Shotwell. Indeed most distros I've tested still ship with Shotwell, but GNOME 3.20 sees the first photo editing features arrive which should go a long way to closing the gap between Photos and Shotwell.

GNOME Photos can now crop and rotate photos, as well as perform rudimentary color adjustments, "enhance" (sharpen and denoise) and even apply some Instagram-inspired filters. Perhaps most notable is that any changes made using GNOME Photos are non-destructive.

The original photo is preserved, always available and any changes can be undone. In a move anyone you email photos to will appreciate, Photos has a new export option to shrink your images down to a more network-friendly size.

Considering this is Photo's first foray into image editing, the features are actually quite nice and will serve the casual photographer well.

GNOME's Calendar application has much promise but so far has not delivered on it. There is no other decent calendar application for Linux. There are calendars that are part of monolithic suites like Evolution or add-ons for Thunderbird.

But using Evolution just for the calendar is like using a sledgehammer to kill a fly and Thunderbird has been all but abandoned. GNOME Calendar offers a ray of hope in the dismal state of Linux calendars. It's already a great Calendar app, but unfortunately only if you use Google Calendar or OwnCloud.

There is, however, hope on the horizon. Support for handling calendar files like .ics is reportedly coming in GNOME 3.22.

GNOME 3.22 will bring with it an even bigger shock for users when it arrives later this year - Nautilus is getting a new feature.

Perhaps no app drew the ire of GNOME detractors like Nautilus. Once a full-featured file browsing app, GNOME developers ritualistically dismembered it, stripping away almost all its useful features to leave behind an empty shell that might, if you begged and were patient, find a file for you. 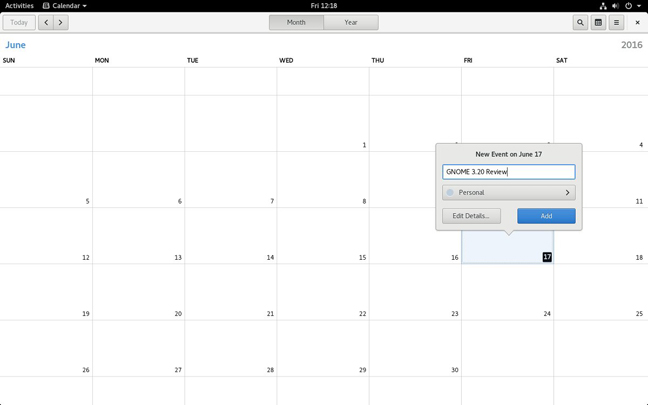 GNOME Calendar: a ray of hope in the dismal state of Linux calendars

It was so bad that Ubuntu had resorted to sticking with extremely out-of-date versions and even then had to heavily patch it just to retain the features Ubuntu wanted to offer.

It wasn't even so much that all the power user features were stripped out, it was the willful glee with which it seemed to be done. The condescending attitude of developers in bug reports and mailing lists made GNOME feel like some kind of Orwellian project paternally determining what was good for you whether you knew it or not.

That attitude seems to be lessening. Nautilus, or Files as it’s now known, can actually return results for your searches somewhat ahead of the heat death of the universe.

Even more exciting, there's a plan in the works to add a batch renaming feature to Nautilus in GNOME 3.22. That's right, not an improved existing feature but an actual new feature. Grab your coats.

Nautilus sarcasm aside - and for the record, Nautilus does from time to time get new features - the recent release of GNOME 3.20 and the plans in the works for 3.22 give the GNOME project solid ground to stand on.

If it's been a while since you checked out GNOME, GNOME 3.20 makes a good spot to jump back in and give it a try. GNOME 3.20 is still definitely not a lightweight desktop, but provided you have newer hardware and a decent amount of RAM, it's not the sluggish nightmare that early 3.x releases were.

And the application suite GNOME is developing is increasingly impressive. There's still room to grow, but some apps, like Maps are already well worth installing. ®