Hyperconverger Springpath pivots to OEM channel. Yes, we said pivots. What of it?

Hyperconverged software startup Springpath is on a Cisco express hurtling to assault the market and bring UCS server-based HyperFlex systems to prominence.

Springpath CEO Terry Cunningham joined in May 2015, coming from running EVault, the cloud backup service unit of Seagate, which Seagate folded back into its own organisation, leaving no role for its CEO. In the fall of 2015 he drove a change of strategy to primarily go OEM. It's also developing its product to provide application layer integration. We note it has technology partnerships with Citrix, Veeam and Zerto.

Mallik Mahalingam, the co-founder and original CEO, is now CTO, and the pattern here seems to be one of bringing in an experienced CEO to grow the company while the founder steps back to a technical strategy-type role. The company was founded in 2012, when there was an $8 million A funding round, followed by a B-round of $25 million in 2014, and then a C-round in fall 2015, along with a CIsco investment, both of an undisclosed amount, and the Cisco OEM deal. We think total funding is between $35 and $60 million.

Springpath has a spring in its step

The near-term focus is on helping to make HyperFlex a success. Meanwhile the software, the Springpath Data Platform, is being developed to get application layer integration so as to facilitate complete offerings with vertical market application alignment -healthcare and energy are example areas. It will aim to plug into compute management frameworks.

It will look to support additional hypervisors, with Hyper-V support coming in a year, and also containers, plus management integrations for hybrid cloud deployment. The company is recruiting talent in the server virtualisation, flash storage, compute, cloud, networking, storage and hyper-converged infrastructure appliance areas.

Springpath is confident its software is superior to hyper-converged competitor's products and is now looking for other OEMs. We're fairly confident it won't get equivalent tier one OEMs to Cisco, particularly as they are all hyper-converged up already. The natural path to take here is to go for tier two and three OEMs, ones with a vertical market focus and ones, we think, where Cisco UCS server use is a possibility.

The main pitch of the session was given by Todd Brannon, a Cisco marketing director, who painted a picture showing how HyperFlex and its hyper-converged infrastructure fitted in with Cisco's UCS server converged and integrated infrastructure, and also with the UCS server component business.

He said there was a significant amount of HyperFLex traction globally, especially in the public sector, with VDI, general server virtualisation, test and dev and large remote branch offices as use cases. Some 25 pr ent if customers were new to UCS servers.

Our impression is that Cisco is throwing sales teams and partners at HyperFlex. They are telling customers HyperFlex has better networking and higher performance than competing systems, has Cisco orchestration tools and is part of the large Cisco portfolio.

Real innovation and the software

Brannon asserted that HyperFlex offers "Real" innovation (presumably other hyper-converged products have unreal innovation; but he is a marketeer after all) with its integrated networking. This, he asserted, was lacking in other HCIA products - a point which might come as a surprise to Nutanix, SimpliVity and co. HyperFlex also offers independent scaling of compute and capacity. How so? 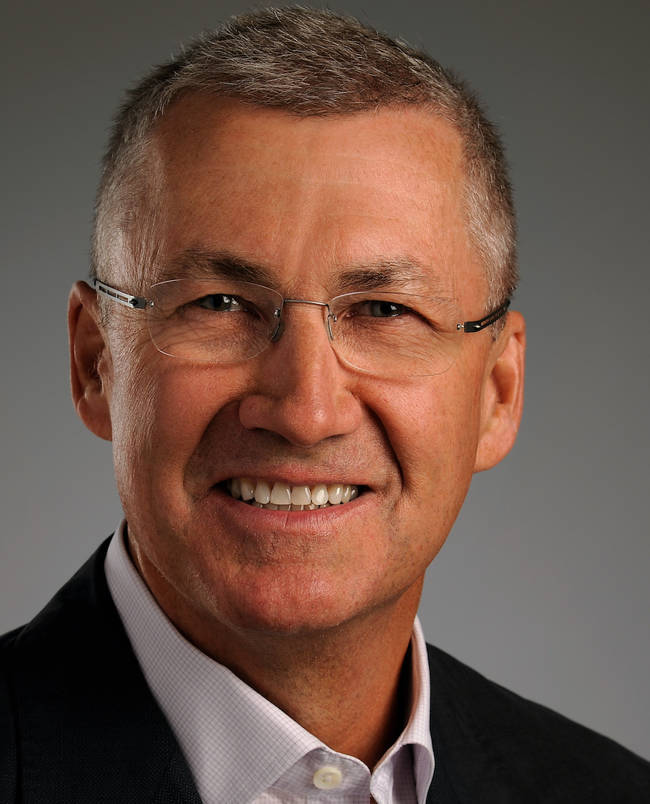 The software is called HALO - Hardware-Agnostic Log-Structured Objects - and uses a log-structured file system. Deduplication and compression functionality is baked in, with variable-sized compression blocks. It combines all the servers it runs on into a cluster. Incoming data is striped across all the servers in the cluster. That means that a vMotion exercise does not involve data movement as the data is distributed across the cluster nodes.

There is continuous data optimisation, integrated management and data services, and dynamc data tiering across DRAM, flash and disk. Flash (SSDs) is used for read and write caching and is separate from the storage tier. This helps compute (servers with DRAM and flash) scalre separately from capacity (servers with with DRAM and disk shelves). Presumably, in theory you can add SSDs to a Springpath server and scaleup its caching tier.

We were told that at bottom, Springpath stores everything on drives as objects in a key:value store. Above that it talks NFS to VMware. Our understanding is that other access protocols can be layered onto the object base, such as the Hadoop file system and object access.

A HyperFlex cluster has a minimum of three nodes and can scale out to 8, which is not great, as others go well oast 20 nodes. Brannon said the maximum cluster node count is going to increase, not supplying a number. Nodes can also scale up capacity.

He said Springpath had developed its software from scratch, not using the Linux EXT4 filesystem or example, and had a multi-year architectural lead, not withstanding its present limited cluster scale out number and hypervisor support.

An IOvisor agent can be loaded into any ESXi server, such as a B200 blade, functioning as a lightweight host agent, and enabling apps in the VMs on that host to access HyperFlex clustered storage. In effect these external compute nodes access HyperFlex as shared storage.

Cluster networking speed is also going to increase shortly, from the present 10GbitE to 40GbitE. There is a Cinder plug-in with KVM integration on Springpath's website, but KVM support didn't seem a hot topic, it being a small market.

Brannon outlined what amounts to a HyperFlex assault on the market:

All this will get Springpath exec hearts a-flutter. Cunningham has landed a monster OEM deal for Springpath and Cisco is out to assault the hyper-converged market with HyperFlex and the Cisco sales machine. Resistance is futile. ®