A California woman has won $10,000 from Microsoft after a sneaky Windows 10 update wrecked the computer she used to run her business. Now she's urging everyone to follow suit and "fight back."

Teri Goldstein – who manages a travel agency in Sausalito, just north of San Francisco – told The Register she landed the compensation by taking Microsoft to a small claims court.

Rather than pursue a regular lawsuit, she chose the smaller court because it was better suited to sorting out consumer complaints. Crucially, it meant Microsoft couldn't send one of its top-gun lawyers – or any lawyer in fact: small claims courts are informal and attorneys are generally not allowed. Instead, Redmond-based Microsoft had to send a consumer complaints rep to argue its case.

That put her on an equal footing with the multibillion-dollar software giant, giving her a fair fight.

Goldstein told us "Microsoft needed to be held accountable for its negligence regarding the forced Windows 10 upgrade, which rendered many users' computers useless."

"Microsoft cannot just say 'read our user agreement form, we hold no responsibility, you cannot sue us and go away.' Just because they are a large corporation does not make them exempt from consumer business rules," she said. 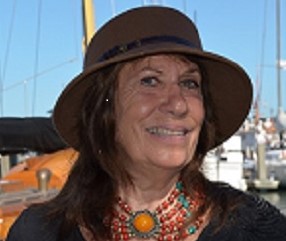 Goldstein told the Marin County Superior Court in San Rafael that in August last year, "Windows 10 forced its upgrade on my business computer without my knowledge or permission."

This update caused the Windows 7 Home Premium PC to crash and, even when it booted back up, made it "mostly unusable." Goldstein had no idea what the problem was – she hadn't even heard of Windows 10 at this point – so complained to her cable provider, thinking it was a problem with her internet connection. After Comcast told her the problem was entirely at her end, she contacted Microsoft.

After hours and hours of support desk calls, her computer remained in a barely usable state: three technicians uninstalled and reinstalled the operating system software to no avail. It was a complete waste of time.

"It took every minute of the day on the phone with Microsoft," she told The Register.

She told the court the Microsoft technicians' "constant work remotely tied up days of [her] time all during the month of August, and [she] could not work. After an entire day, one technician even got [her] husband involved after he had worked a long day at this job, asking him for assistance."

Goldstein believes her PC – unbeknownst to her – was enrolled in the Windows 10 beta program, meaning she was left with broken unfinished code that could not be uninstalled from her Windows 7 Home Premium system. In October, she gave up and bought a new laptop.

After further complaints, which Goldstein says were ignored, a Microsoft regional manager eventually offered her $150 in compensation.

"He was continually rude, unwilling to assist me and told me not to contact him," Goldstein said.

"When I asked for his suggestions on what to do, his responses were 'I cannot help you,' 'Do not call or contact me,' and finally 'Do not ever contact me again.' It was made very clear that he just wanted me to go away and had no concern about my problem."

In January this year, Goldstein went to the small claims court in her county to seek compensation for wages and lost business while her computer was borked.

"California is one of the strictest states in the US regarding consumer rights," Goldstein told us. "There is a California Uniform Commercial Code which protects consumers. In section 1792 it clearly states that all products and services sold or distributed in California have an implied warranty to be fit for purpose.

"This code overrides any corporation's user agreement form. Microsoft knew that its Windows 10 was not fit for purpose and allowed its release anyway. They used thousands of people like myself to learn how to troubleshoot the problems with no concern of consequences to the users. This is totally wrong."

In a judgment handed down in March, Microsoft was ordered to pay $10,000 (£7,500) to Goldstein, and $90 towards her costs. Microsoft appealed the decision but dropped this action last month. A spokeswoman for the Windows maker told us what it also told the Seattle Times last week: Microsoft "dropped its appeal to avoid the expense of further litigation."

Goldstein added to El Reg: "My reason for taking them to small claims court was to collect monetary loss due me from this effect of their forced upgrade and also to hold them accountable for their wrongdoing. I urge every person who has a consumer issue to know their rights and fight back. Only then will large corporations begin to understand that they cannot just do what they want." ®