You can be my wingman any time! RaspBerry Pi AI waxes Air Force top gun's tail in dogfights

Maverick, it's not your flying, it's your AI-ttitude 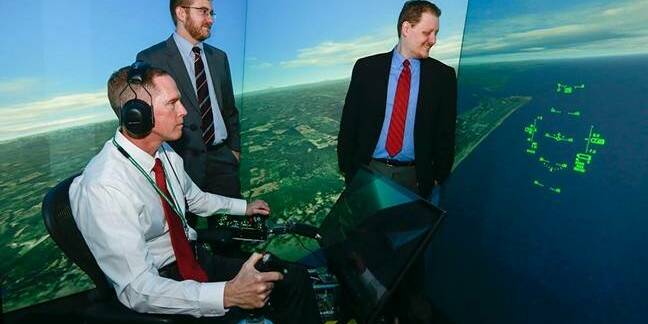 Crash and burn, Mav ... Colonel Lee blown out of the sky by an ARM-powered Pi

Today's generation of fighter pilots could be the last of their breed, thanks to an AI system dubbed ALPHA that's proving unkillable in air combat.

The US Air Force has just completed dogfighting trials in a simulator, pitching the software against retired Air Force Colonel Gene Lee. The AI – which ran on a $35 RaspberryPi computer – was deliberately handicapped but still managed to shoot down its fleshy opponent every time and evade his attempts to kill it.

ALPHA is "the most aggressive, responsive, dynamic and credible AI I've seen to date," Lee said. "I was surprised at how aware and reactive it was. It seemed to be aware of my intentions and reacting instantly to my changes in flight and my missile deployment. It knew how to defeat the shot I was taking. It moved instantly between defensive and offensive actions as needed."

To make the defeat even more humiliating, the ALPHA AI's fighters were deliberately handicapped with shorter-range missiles and fewer of them, and its opponents got additional intelligence from a simulated AWACS radar aircraft.

Lee has been fighting AI systems on a flight simulator for decades and said they are usually not that hard to beat. But ALPHA's reaction times and unpredictability made it a superb opponent. "I go home feeling washed out. I'm tired, drained and mentally exhausted. This may be artificial intelligence, but it represents a real challenge," he said.

The key to the software is the use of a "Genetic Fuzzy Tree" algorithm, which breaks down complex decisions into simpler if/then scenarios and narrows down the possible choices very quickly. The code then works through its plans 250 times faster than a human can blink.

The US Air Force is very keen on developing computers that can take human pilots out of the loop. Not only are good pilots hard to find, but they take years to train properly and the life-support systems needed to keep a human alive in the air add significant weight to fighter aircraft.

Being able to add a system like ALPHA to a drone would cut costs dramatically, enable forces to be deployed without human loss of life, and – if these tests pan out – enable them to dominate the skies. ®