The 3GPP has told the industry to get cracking on standardising the air interface for 5G.

The standards body wants the “5G New Radio” (NR) to be frozen by June 2018, which should help vendors have devices ready for the planned 2020 date for 5G standards to be ready to fly.

The air interfaces will have to support both sub-6 GHz frequency, and the emerging bands above 6 GHz.

The standardisation effort will target “enhanced mobile broadband (eMBB), and “ultra-reliable and low latency communications” (URLCC) applications. The latter, Vulture South believes, is a cumbersome way of describing the much-touted Internet of Things.

By September 2016, the 3GPP work plan stipulates that the requirements for the radio interfaces be completed. Layer 1 and Layer 2 specs would then be completed by December 2017, with an initial focus on licensed bands. 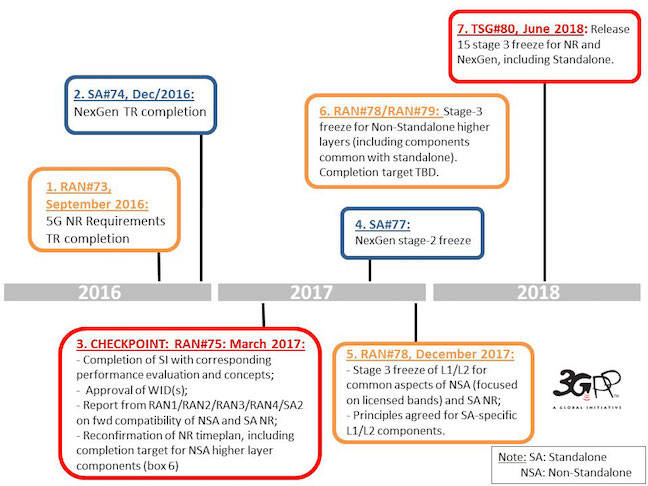 The 3GPP announcement stresses that both radio and protocol design be forward compatible, “as this will be key for phasing-in the necessary features, enabling all identified usecases, in subsequent releases of the 5G specification”. ®

After 11 years, Australia declares its national broadband network is ‘built and fully operational’

Those 35,000 connections that aren’t built? Celebrate the 11.86 million that were, says Minister

Dems to ISPs: You're not gonna hike broadband prices, slap restrictions on folks in a pandemic, are you?

Now wouldn't be the time to exploit millions stuck at home, yeah? Maybe restrain the profiteering a little?