Out of sync with customers, or financial reality?

Evernote has unveiled the switch that followed the bait, in the form of a new pricing structure that stops users of its free note-making application from synching more than two devices.

Its "Remember Everything" pitch now comes with a restriction that's as popular as a UKIP T-Shirt in Brussels, and users aren't happy.

These seem to be the sweetener discounts offered to existing users, since its sign-up page still shows the undiscounted prices of $49.99 for Plus and $89.99 for Premium (bottom of story).

The response from users has been predictable, much along the line of what HaveIBeenPwned operator Troy Hunt tweeted:

Know what people *really* like, @evernote? Taking something they've used for years then crippling it unless they pay pic.twitter.com/aDpsSKXeRJ

To be fair, however, The Register would remark that for a free service to last without inserting advertisements, money has to come from somewhere. It's probably better to pay a fee than to lose the service entirely. 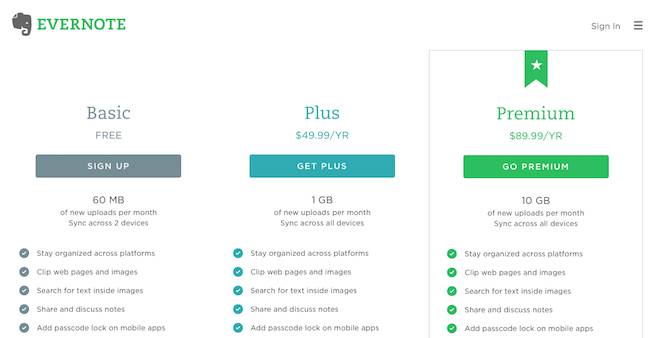 The charges are also getting users hot around the collar on Evernote's forum. ®