A well-known radio source has turned out not to be the galaxy it's been classified as for 20 years, but a surprisingly quiet black hole.

The discovery is causing a bit of buzz among astrophysicists because it suggests there could be thousands or millions more “covert” black holes out there waiting to be discovered.

It took observations with three instruments – the Chandra X-ray space telescope, Hubble, and the NSF's Karl G. Jansky Very Large Array (VLA) – to work out that VLA J2130+12 is well within the Milky Way, and is a binary system in which one partner is a black hole.

The distance – which was another multi-telescope measurement – was the giveaway: the radio source couldn't be a distant galaxy because it's only 7,200 light-years away. That calculation involved a network of telescopes NASA lists here: the EVN (European Very Long Baseline Interferometry Network) telescopes, the NSF’s Green Bank Telescope and Arecibo Observatory.

And it behaves oddly, as far as black holes go: instead of shining brightly in the X-ray frequencies, Canadian astroboffin Bailey Tetarenko of the University of Alberta says: “This one is so quiet it's practically a stealth black hole”.

Nearly all the black holes known to us are discovered because when they swallow matter from surrounding space, the X-rays are the death-cry of huge amounts of inrushing, and extremely hot, matter.

VLA J2130+12, on the other hand, is currently drawing stuff from its companion star at a much slower rate. 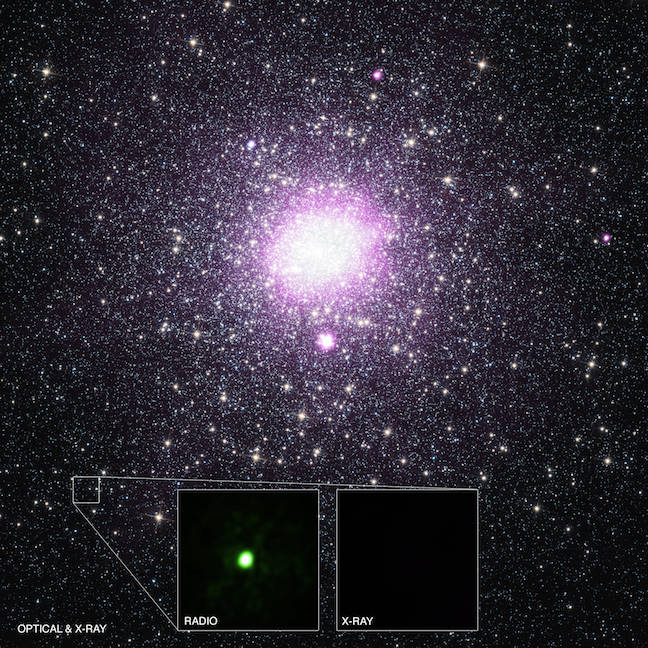 Having the black hole turn up in a survey of a small patch of sky implies that there should be many others in the Milky Way alone – thousands of times as many as previously estimated.

Co-author Robin Arnason (Western University, Canada) says “Unless we were incredibly lucky to find one source like this in a small patch of the sky, there must be many more of these black hole binaries in our Galaxy than we used to think”.

The full study is at Arxiv, and is set to be published in the Astrophysical Journal. ®