Telstra is red-faced yet again, after suffering a long outage centred in Victoria.

The TITSUP (Total Inability To Support Usual Performance) began around 2pm on June 30, and it was six hours before Telstra reported services back online.

On the way, the outage forced airline Jetstar to manually process passengers at Tullamarine Airport; the National Australia Bank lost services; Myer stores could not process credit card transactions; and users were furious.

People were also left wondering whether the outage would disrupt tomorrow's federal election, since Australian Electoral Commission sites in Melbourne were taken offline.

The carrier did not identify the root cause of the outage, saying only that a fault caused parts of its enterprise IP network to become overloaded.

The TITSUP happened just a day after Telstra CEO Andy Penn promised a quarter-billion cash-splash to bring the carrier's increasingly fragile network back up to scratch.

According to the crowd-sourced outage tracker Aussie Outages, reports of network trouble came from beyond Victoria where the problem originated. 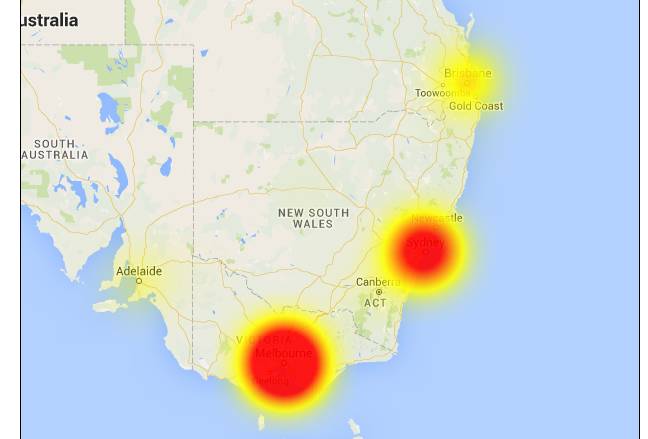 The Telstra TITSUP at its height

It took Telstra three hours to go from identifying the source of the problem to announcing the outage was over.

Our team have identified the fault and are working to resolve as quickly as possible. We’ll keep you updated.

Business and enterprise services affected by today's disruption are back online. We're very sorry to all those impacted.