Smartphones aren't tiny PCs, but that's how we use them in the West

In China, they get it, QR codes are like money and mobile payments are everywhere 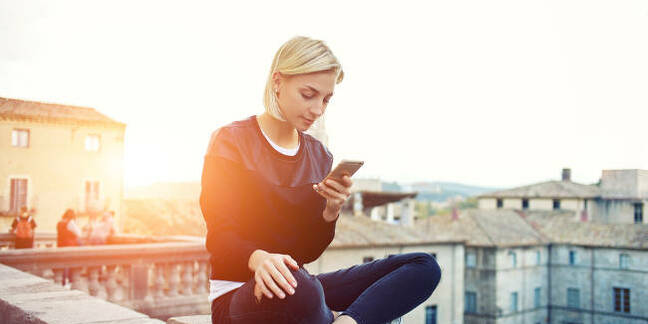 On a recent trip to Shanghai, I saw a person in front of me in a supermarket queue present their mobile phone when asked for payment. The clerk quickly pointed the laser scanner at the phone - blip!- the sale completed. But not thanks to NFC.

I’d just seen AliPay, a mobile payments system backed by Alibaba (the world’s largest online retailer). Anyone with a Chinese bank account can use AliPay to debit payments from that account, just by flashing a unique identification - a QR code.

Remember QR codes - those white squares filled with the black-and-white speckles of computer-readable data? After a brief heyday of experimentation, they’ve vanished from public spaces in Australia and America - deemed too cumbersome and - to be entirely honest - too ugly to be allowed permanent residence in our public spaces.

At their introduction, reader apps for QR codes were notoriously finicky. You had to line up the QR code just so with the smartphone camera, and hold it long enough for the computer vision software to extract enough signal from the noise to make a match. Do any of that wrong, and the QR code refused to read, which led to a lot of frustration.

China lives in an alternate universe where none of that ever mattered. Having gone from paper-and-pen directly to the smartphone - skipping over the PC along the way - QR codes have always been the best way for the Chinese to create a touchpoint between the real and online worlds. With 700 million Chinese now using a smartphone, that means QR codes are, quite literally, everywhere: on billboards, on the sides of buses, on the sidewalk, on the television.

Almost all of these QR Codes connect back to WeChat, the phenomenally successful (700+ million users) messenger app from Chinese internet giant Tencent, allowing you to ‘follow’ a WeChat account just by scanning a QR code.

The WeChat app has the best scanning maths I’ve ever seen - in most cases a QR code will scan before you can blink, even when it’s poorly aligned, or moving, or on a fuzzy TV screen. And of course they’ve done the maths to make this work well - when you rely on QR codes this much, it makes sense to make them as painless as possible.

That’s a point we never got to here in the ‘advanced’ West. We gave up on the QR code, so we still have no effective way to knit the real world with our online lives. We clumsily type URLs onto glass screens because we gave up on the future. We need to rely on NFC to authorize payments from our mobiles. We make everything harder than it has to be, because we simply haven’t gotten the knack of the smartphone.

Somewhere in the back of our minds, we still think smartphones are just PCs without keyboards and mice, rather than an utterly different beast. We can’t help shoehorning their immense capacities into expectations bounded by the PC. This means we’re missing most of what’s going on here. Without precedents, the Chinese simply use the smartphone to suck in all of the data in the world around them, and they certainly don’t consider those QR codes ugly. Those squares are the essential bits of glue that keep these two worlds tightly bound.

Standing in that Shanghai supermarket checkout line, I suddenly felt like a hick from the sticks who had just landed in the big, sophisticated city, marvelling at all its strange ways - ways that I would observe, learn from, and maybe even take back with me when I returned to my little village.

Though it may be difficult to resurrect a technology that’s been so roundly declared dead by so broad a swath of the industry, that day in Shanghai has convinced me we need a do-over, retracing our steps, recovering the excitement and power of the QR code, making it the essential portal between our world and cyberspace.

We can decide to make QR codes fast and painless to use with our smartphones through a combination of smart maths and great user experience design. Nothing about this need be clumsy. As for the aesthetics, it could be time to reframe the stories we tell ourselves about QR codes. They may not have a pretty face, but in the age of the smartphone, QR codes are so helpful we may learn to treasure their blocky, blotchy personalities. ®