Decompiled code suggests blocks are embedded in the app

Lebanese-Canadian developer Nadim Kobeissi has taken aim at WhatsApp, accusing it of fudging about why calls to Saudi numbers don't work.

In a long post at GitHub Gist, Kobeissi (best known for his work on secure chat app Cryptocat) says the blocks seem to be in WhatsApp, even though the company claims Saudi networks are stopping calls by blocking the handshake.

“Alice is unable to receive or initiate WhatsApp calls, even though she is in Europe and is using European WiFi." he writes. "If you can test this, I suggest you do. Get a Saudi phone number, register to WhatsApp, and then fly to France and make a call. You will encounter the same result even if you're on French WiFi”, he writes.

He probably breaches terms and conditions somewhere by decompiling the app and posting the results, and the existence of a VoipNotAllowedActivity.class seems to suggest that the application at least has the ability to bring down the boom on a call. 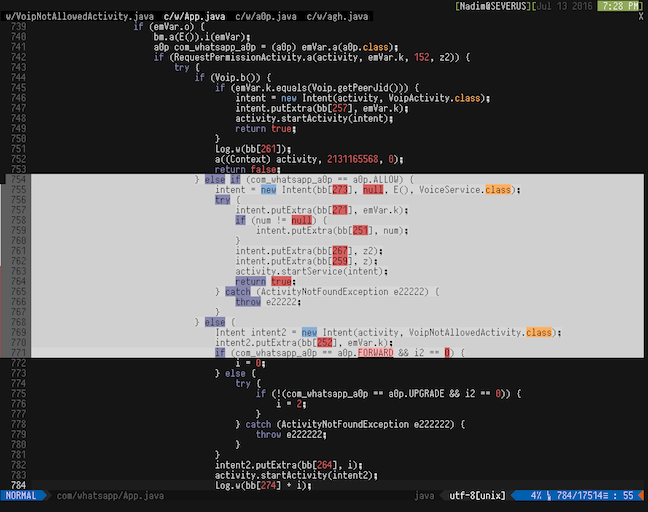 Earlier this year, English-language site Arab News reported that the kingdom had lifted its WhatsApp ban. At the time, the local regulator CITC wouldn't comment on the long-term status of WhatsApp in Saudi Arabia.

However, a more restrictive attitude seemed to reassert itself in May, with the regulator acting against Viber and Facebook Messenger and warning that “[a]ppropriate action will be taken against applications or services that do not comply with the regulations”.

Those regulations are designed to protect local carrier revenues from being eroded by free apps.

Ever suspected bankers used WhatsApp comms at work? $1.8b says you're right