Getting closer to the source of infinite wealth 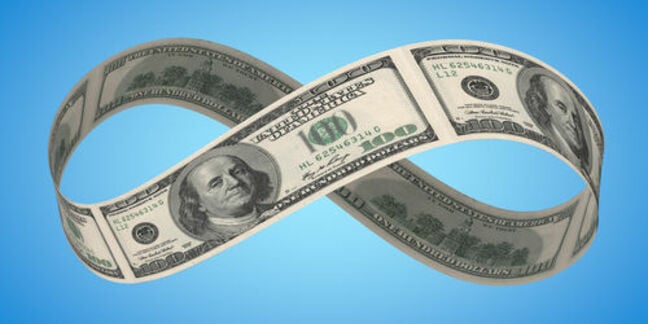 Analysis The European Commission has opened an aggressive new front in its battle with Google, one that Google thought it had secured years ago. And this is one that starts to gnaw away at Google’s core cash generation business.

As well as advancing its prosecution of Google over vertical search, the new third area where the Commission has filed a Supplementary Statement of Objections is advertising. Google derives almost all of its income from advertising, enjoying dominant market share in several key markets of a complex ecosystem.

Google’s strength in digital advertising resembles the IBM’s dominance of commercial data processing. It’s so deep and broad, it ends up competing with itself. And companies with no commercial relationship with Google’s ad teams can still find themselves dependent on its services, thanks to Google’s dominant share of website analytics.

It’s all richly ironic, really. In their PhD paper ("The Anatomy of a Large-Scale Hypertextual Web Search Engine") describing what would later become Google, founder Larry Page and Sergey Brin said that ideally no internet search engine should carry advertising. This would compromise the results. Advertising was “insidious”, they wrote.

“In general, it could be argued from the consumer point of view that the better the search engine is, the fewer advertisements will be needed for the consumer to find what they want. This of course erodes the advertising supported business model of the existing search engines.”

The latest concerns were raised by the ability of third party sites to choose alternatives to Google Adsense for Search. This is the search box placed on a third party website by (the Commission explains) “online retailers, telecoms operators and newspapers” and which Google uses as another empty billboard. It doesn’t sound like much, but the FTC may well follow the European Commission’s lead.

You might think a web page generated by (say) Tesco or John Lewis or The Daily Telegraph would be the property of its owner - but that’s seemingly not how Google sees things.

Having seen the confidential contracts, the Commission is alleging they are anti-competitive for three reasons. The contracts require exclusivity, they require precise and prominent placement from the Adsense ads in the third party site’s search results, and Google reserves the right of approval over third party ads.

Websites have three choices of monetising their content through advertising: Google, Facebook, or the open adtech ecosystem, the latter being an incredibly complex system of partners and competitors. Google has been active there – with Doubleclick, for example, as well as AdSense. Google pockets 80 per cent of the cash spent by advertisers and collects £1 of every £3 spent on content advertising.

Yet despite enjoying a dominance in several areas, no major competitor has succeeded in loosening Google’s grip.

Long-time Google antagonist Microsoft knows all about protecting a dominant position, but it doesn’t help when it comes to challenging someone else’s dominance.

Until recently, Microsoft wanted to make a go of it, at one time splurging $6bn on aQuantive Inc. Five years later it had written down most of the value of the purchase. Last year Microsoft agreed to hand over most of what was Bing Ads to AOL. The absence of a beefy competitor in the presence of multibillion dollar profits is something that David Wood of iComp calls “the dog that didn’t bark”.

Note that the main protagonists here are US companies, which increases pressure on Stateside action.

In 2008, the Department of Justice threatened action unless Google abandoned its Yahoo! tie-up. In 2012, FTC staff found Google had merited further investigation but the Obama appointees in charge overruled them. The FCC also seemingly succumbed to intense White House pressure to reclassify internet services as Title II services.

Watchdogs including the National Legal and Policy Center are seeking a probe into how close the Obama government and its agencies have become, homing in on the cosy relationship between the White House and the FTC in particular. One way of refuting that would be to investigate Trade. ®