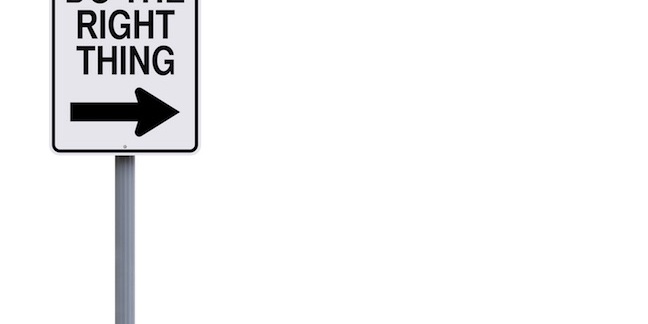 Internet of Things (IoT) hype focuses on the riches that will rain from the sky once humanity connects the planet, but mostly ignores what it will take to build and operate fleets of things.

And the operational side of things could be hell.

“IT can barely keep their desktops patched,” Splunk chief technology officer Snehal Antani told The Register, “How will they keep their devices patched?”

Once answer we've heard from Amazon Web Services' (AWS') is that dumb things might just be a smart idea.

The cloud colossus' APAC technology head Glenn Gore recently told El Reg that AWS likes the idea of dumb things collecting data at the edge, then sending all the information they collect into a cloud for processing. Sure, you'll cop hefty data ingress and storage bills. But you won't have to worry about sending new firmware or security updates to enormous fleets of things. Nor will malware on things be an issue.

A rival idea comes from the likes of Intel, which fancies x86-powered boxen on the edge. Smart things can be told to do harder things, as even weeny little x86s like the Curie and Edison modules have enough power to do some pre-processing to figure out what data it's worth subjecting to proper analysis. Intel even likes the idea of a gateway to collect data from a cluster of things. Gateway devices will run a more powerful x86 that provides local network services and does even more pre-processing of thing-generated data. Once data from the edge and.or gateway hits a Xeon-powered server farm somewhere, those servers will be working on data worthy of the effort. If that Xeon farm is in AWS, well and good: Intel sold a Xeon wherever the server runs.

Both visions have hefty quantities of self interest. But both are also valid because thing-derived data is going to be used in at least two ways.

To understand why, consider a data centre in which heat sensors are deployed among the racks.

Tom Anderson, data centre infrastructure solutions manager at Emerson Network Power, says there's not much point building a smart heat sensor because a single thermometer can't understand the context of what it “sees”. Using the example of a nicely-metered data centre, he points out that one hot server doesn't mean a whole rack or aisle is in trouble.

“We then must either still perform the overall analytics at a more central point or add intercommunication between all devices,” Anderson says. “From an operations standpoint, it makes much more sense to analyse data from 1,000 places in one spot than create complex intercommunication and processing across 1,000 devices.”

He therefore reckons dumb things and a smart data centre core will find plenty of buyers.

But Splunk's Antani points out that some things are going to be on the front lines and used for post-event analysis. Choosing one “thingatechture” therefore won't be much because you'll need both real-time and later reports.

Antani asked El Reg to imagine an oil rig on which, when something looks dangerous, you want red lights going off fast and loud. But you also want historical data to analyse performance over a long time. The need for both outcomes, plus complications like the high cost of shipping data over satellite, means we'll end up with a mix of smart, dumb, aggregated and warehoused data from things.

Cisco's Helder Antunes, a senior director in the Borg's corporate strategic innovations group, told us another complication may be that you won't always own your own things. Antunes thinks service providers will create networks of things-as-a-service, which Cisco calls “Fogs”.

“Many may wonder about how OpenFog architectures will impact the cost structure of IoT implementations,” Antunes opined by email, acknowledging that “Industry experts … question if moving capabilities close to edge devices may incur greater hardware and maintenance costs.”

“Cisco believes that in some cases the additional capabilities will allow greater monetization of use cases at the edge. In doing this, the costs will be easily offset by what the architecture will offer.  Also in some cases, by aggregating at the fog level, industries may actually save money by using 'dumber' sensors and in essence offload those capabilities to the fog nodes.”

This means that any vendor that's ever found a way to make an endpoint manageable is salivating at the prospect of the internet of things. As are cloud operators, because not all of you will need a full-time Big Data rig. And so are folks like Intel who contribute to smart devices.

See? The internet of things really will make riches fall from the sky. And you, dear readers, get to be the ones who figure out how best to scoop them. ®