The WIMPs theory is still strong though 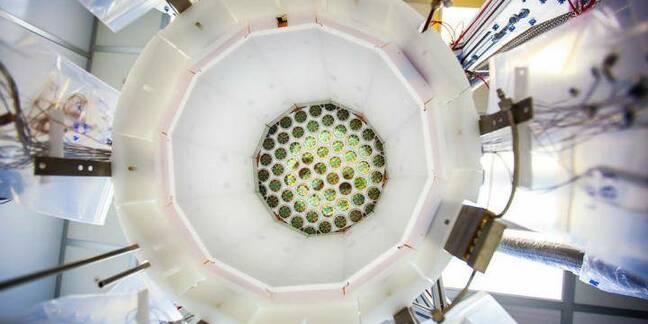 An international team of researchers working on the Large Underground Xenon dark matter experiment announced today that they have failed to detect any dark matter particles.

Results from LUX were presented at this year’s Identification of Dark Matter conference after the team completed its final 20-month run of the detector from October 2014 to May 2016.

The underground laboratory is located one mile below the Black Hills of South Dakota, USA, and contains a cylindrical chamber with 371kg of cold liquid xenon.

"LUX has delivered the world's best search sensitivity since its first run in 2013," said Rick Gaitskell, professor of physics at Brown University and co-spokesperson for the LUX experiment.

The final performance over the 20 months ran with four times the sensitivity scientists had originally expected. “It would have been marvelous if the improved sensitivity had also delivered a clear dark matter signal. However, what we have observed is consistent with background alone," Gaitskell added.

If any dark matter particles collided with the Xenon atoms, the detector would have spotted the tiny flashes of light and electrical charge that should be emitted.

The leading theory for dark matter is a hypothetical new type of particle known as WIMPs. The acronym stands for weakly interacting massive particles and they are estimated to make up more than 80 per cent of the mass in the universe.

Its existence has been inferred by measuring the rotation of galaxies and the way light bends as it travels through space. To reproduce those effects, more mass is required than measured, but where or what the mass is has eluded scientists.

Dark matter was created as an explanation for the missing mass, and described a type of mass that was different from the mass observed. Scientists named it dark matter as it did not seem to emit any light. It doesn’t interact much with normal matter either, leading scientists to believe in WIMPs - particles that only interact weakly with visible matter.

The laboratory was kept underground to prevent other particles such as muons or background radiation disrupting the experiment.

"The result is unambiguous data we can be proud of and a timely result in this very competitive field - even if it is not the positive detection we were all hoping for," said Simon Fiorucci, a physicist at Berkeley Lab and Science Coordination Manager for the experiment.

The disappointing results have not crushed all hopes behind the WIMPs theory, however, as Gaitskell still believed that the model “remains alive and viable”.

The quest for dark matter continues as scientists plan to upgrade the LUX experiment to a even more sensitive LUX-ZEPLIN experiment. ®