Guess who gets hit hard by IR35 tax clampdown? Yep, IT contractors 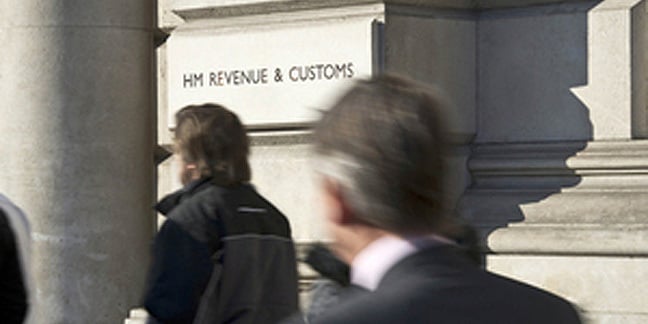 IT contractors in Blighty could bear the brunt of UK government plans to clamp down on self-employed workers not paying the correct employment taxes - with HMRC targeting 20,000 public sector contractors.

The taxman is currently consulting on whether to shift responsibility for compliance with the intermediaries legislation, known as IR35, from the individual contractor to a public body or recruitment agency.

The rules were first brought in to identify "disguised employees" and tax them accordingly, as if they were employee.

An HMRC presentation on off-payroll workers, seen by The Register, found that 20,000 public sector contractors are not paying the right tax under IR35 rules.

According to the association of Independent Professionals and the Self-Employed (IPSE) two-thirds of its 22,000 members are IT contractors. Many of whom work in the public sector.

HMRC believes just 10 per cent who should apply the rules do. It reckons non-compliance is estimated to cost more than £400m in 2016/17, according to the slides.

But IPSE has said the rule changes will deter contractors from working in the public sector, while organisations will be less likely to “risk” engaging contractors, damaging their ability to deliver vital projects.

Certainly, the National Audit Office has warned that the government does not have enough skills in-house to tackle its digital transformation projects. Chief exec of the civil service John Manzoni has also said government needs to hire "thousands" of techies.

HMRC is building a "digital tool" intended to provide certainty to the status of contractors and whether they should be subject to the IR35 rules.

One contractor, who asked not to be named, said the onus ought to be on the public sector to advertise for jobs appropriately and not pay individuals as contractors when they should be employed as temporary workers.

"The criteria for deciding if someone ought to be subject to IR35 is very vague. It will mean contractors have to pay more tax, which I know some people aren't sympathetic about, but at the same time they do not get any of the associated employment benefits.

"For many it will just mean they do less work in the public sector, which is bad news for government as it is in desperate need of people with specialist IT skills to work as interims and on temporary projects."

Last week HMRC unsurprisingly found "general resistance" among both the public and private sectors on its proposals.

The consultation closes on 18 August. ®